Being Open to the Right Advice

Scott and Lori Wilson had been married for 10 years when they made the decision in 2013 to begin the adoption process. They decided to be “adopt-only,” rather than licensed foster parents, because they were worried that they wouldn’t be emotionally able to say goodbye to children who were reunified with their birth families. And they had the misconception that if they became licensed foster parents, they wouldn’t be able to adopt.

So the Wilsons proceeded as many adopt-only prospective parents do: they read profiles of waiting children and submitted inquiries about the ones they thought might be a good fit for their family. Scott and Lori were interviewed for several children, but for one reason or another, they were not considered the right match for any of the children they met with DCS about. Scott admits, “Going to those interviews is so hard, and heart-wrenching,” when you find out that you’ve not been identified as the child’s family. Even though they’d never met, Lori and Scott felt connected to the children that they had inquired about, and after a few interviews that didn’t result in being selected, they began to feel weary about the entire process. 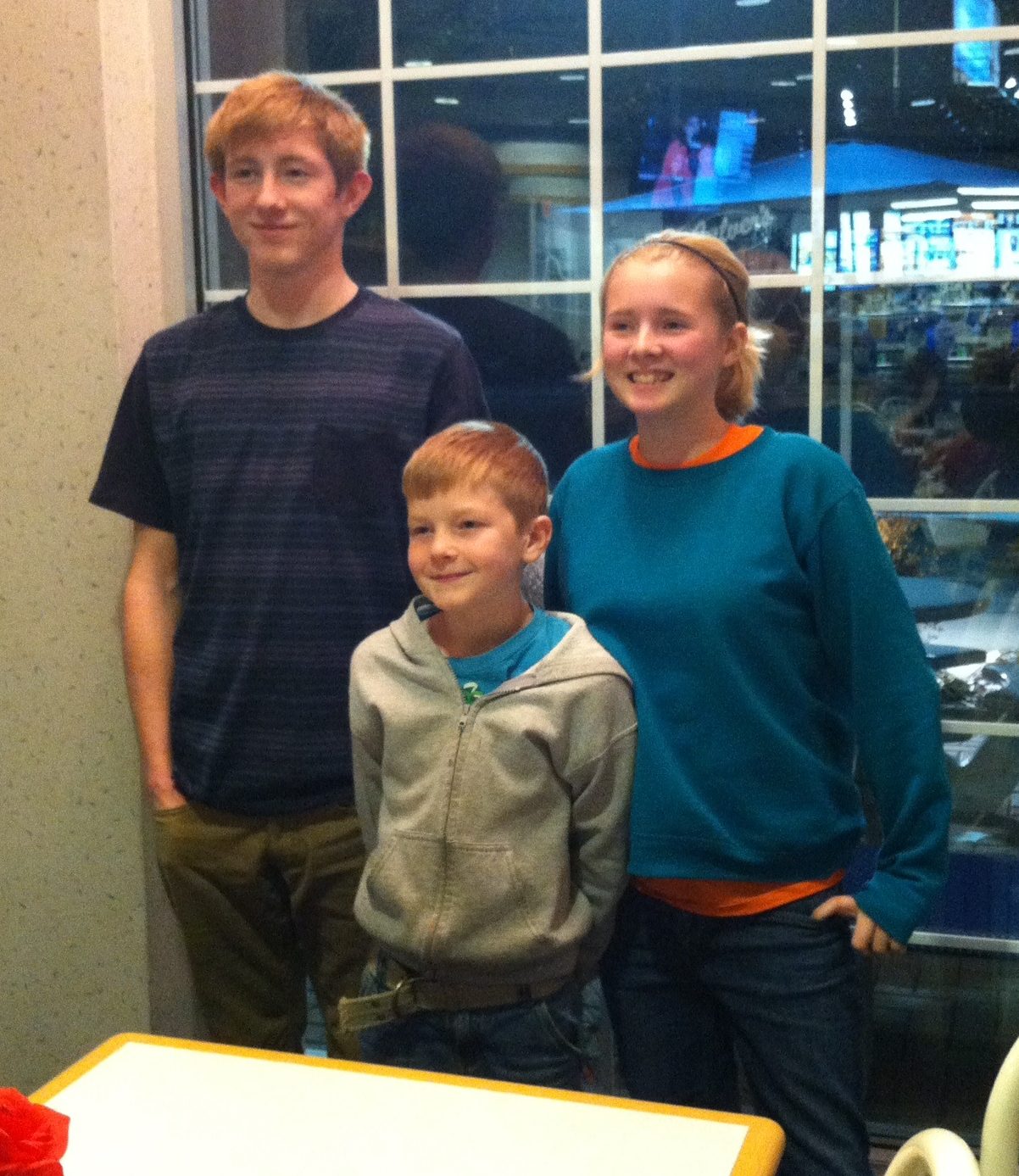 Almost as a last-ditch effort, Scott and Lori decided to reach out to their local DCS office and introduce themselves. After all, what did they have to lose? They created a little packet about themselves, and included photos and a short autobiographical statement, and sent it to the DCS office in their county. Shortly after, the Wilsons received a call from Brenda, an adoption consultant for the Indiana Adoption Program. They met with Brenda and talked through their process, including their disappointment at not being matched with any of the children they had interviewed for. She explained some of the intricacies of adopting from foster care, so that the Wilsons could better understand why they might want to reconsider being “adopt-only.” Although their goal was still adoption, after talking with Brenda, Lori and Scott decided to look into fostering. They decided to become licensed foster parents, but only accept placements that were nearly certain to be adoption-eligible. Lori notes that Brenda’s insight was invaluable, and, shortly after becoming licensed, “that’s when we got a call about three kids who might be a good match.”

This wasn’t at all what Scott and Lori had planned. They hadn’t planned on adopting a sibling group, or adopting older kids – and two of these three were teens! But, Lori remembers being cautiously excited when she got the call – a sentiment Scott echoes. They started off just talking with the kids over the phone, then arranged with DCS to have some all-day visits where everyone could interact. Soon, Colton, Trinity, and Evan were spending weekends with the Wilsons, making brownies and doing other activities together. Taking this phased approach of getting to know each other had the benefit of easing what can be a difficult transition. Rather than having 3 kids show up at their home one day with little more than an introduction, Scott and Lori were able to develop initial relationships with each of them. 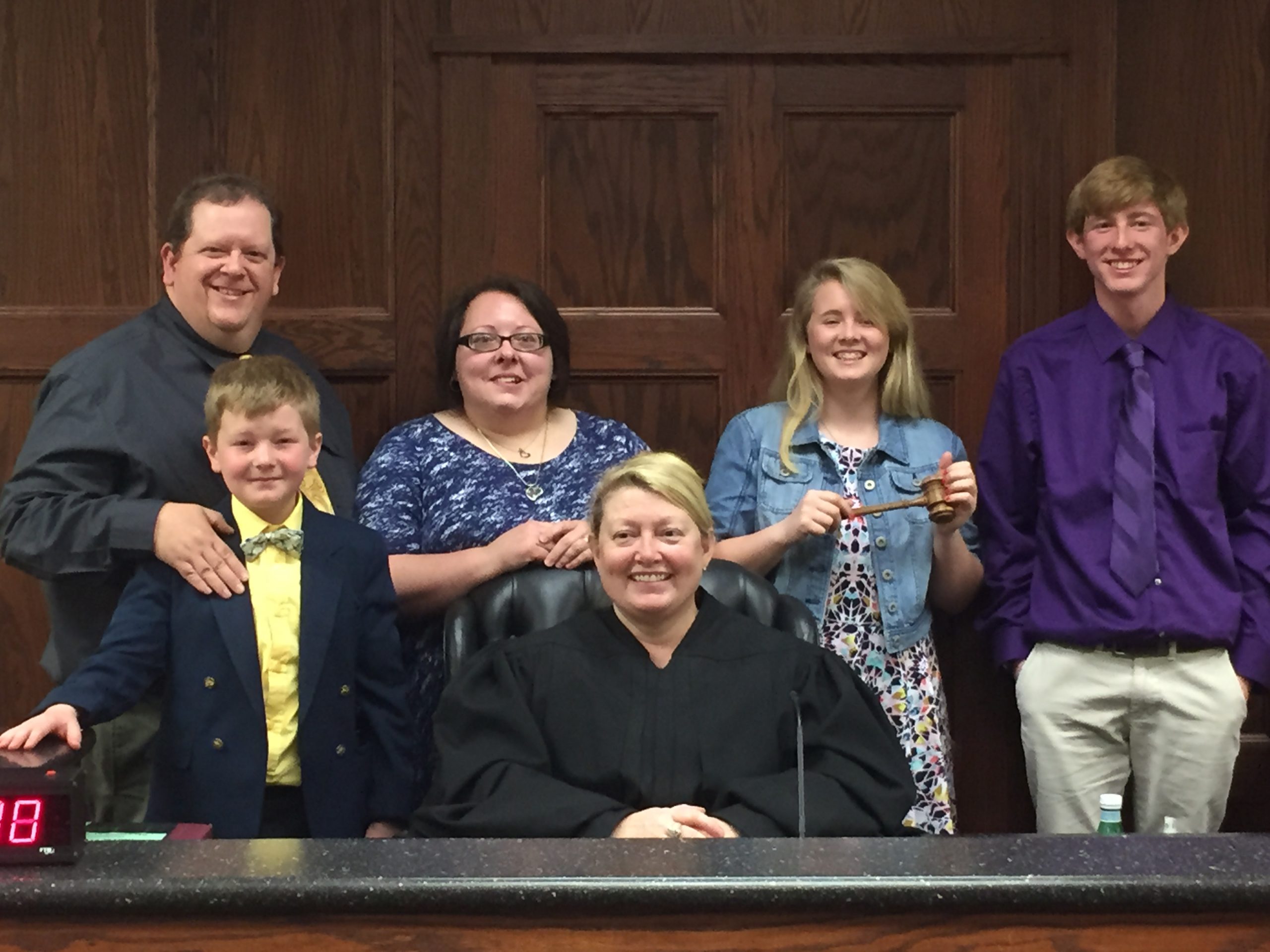 As for their concern about becoming foster parents and having to handle the emotional impact of reunification, Lori and Scott didn’t have to worry about whether Colton, Trinity, and Evan would go to a biological family member. Lori explains, “Their grandfather was fostering them before but, because of his age, he didn’t feel able to adopt them.” Since the grandfather had already determined that he wouldn’t be the best home for his grandchildren long-term, he agreed that the Wilsons should have the opportunity to adopt the children. Colton, Trinity, and Evan – ages 15, 13, and 10, respectively – were adopted in April 2015. 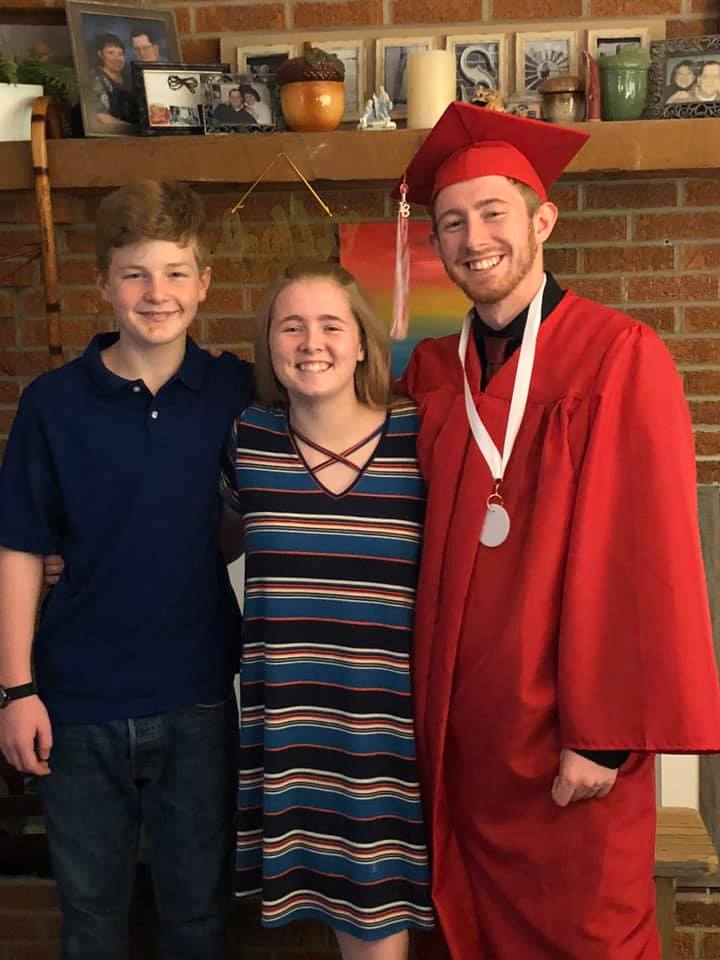 5 years later, Scott and Lori are enthusiastic advocates of adopting from foster care. They’re equally enthusiastic about reminding prospective parents that sometimes, you don’t really know what you want – so it’s important to be open-minded about the shape your family can take…even when you’re feeling deflated and want to give up. The Wilsons also emphasize the importance of using the resources available to you as a prospective parent. There are adoption consultants in every region, whose job includes helping prospective families understand and move through the adoption process with ease. Being open to Brenda’s suggestions, both about getting licensed and about considering a different age group, gave Scott and Lori – not to mention Colton, Trinity, and Evan – the family they needed.

“We didn’t know we wanted three kids, or older kids…. But in the end, it worked out perfectly for us!” Their youngest is now the age that the oldest was when they all first met – and they’ve even recently welcomed a “happy and healthy and sassy” granddaughter into the family!