Showing Up: Making a Difference Through Mentoring

It was the Big Brothers Big Sisters mentoring program that first brought Dakota and his mentor Andrew together. At the time, Dakota was a young boy in the foster care system, and Andrew was a working in theatre and considering a career change to become a teacher. In the beginning, Andrew says, “I had this vision of mentoring as being like a teacher-type role, of having planned out experiences and discussing them in a planned way. But once I got involved, it was much more personal than I anticipated.” 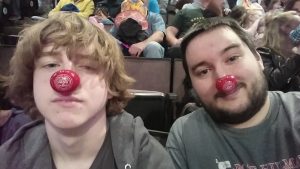 After spending time with Dakota, Andrew came to realize that “it was not about having a detailed plan. It was about showing up and spending time.”

Like most mentoring relationships, it took time for Dakota to open up to Andrew. However, with consistency, Andrew was able to prove himself as a pillar of support for Dakota—and this allowed their mentorship to develop into a trusting relationship. Andrew says that one of his best memories mentoring Dakota was “when he first asked me to go to his DCS team meetings.” 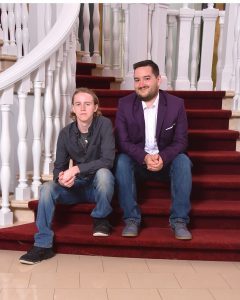 Andrew explains,”[Dakota] has always been really good at being reflective, but he was only 14 or 15 at the time, so the amount of self-awareness it took to ask me [to attend his DCS meetings] could not have been easy.”

From there, “he’d just become like family to me.” Andrew says. Dakota would come over for Thanksgiving, Christmas, and all of the big family events.”My sisters, brothers, parents—everyone knew him. He was part of the family.”

Andrew began regularly attending Dakota’s DCS team meetings to advocate for Dakota. During a meeting, it was mentioned that Dakota’s current foster placement was not connecting with him and may not be the best fit, as Dakota was beginning to rebel. Andrew agreed, noting that “there were a lot of little kids at the [foster] house who I think did get that connection from the foster [family],” but Dakota did not.

Andrew explains, “As he started to rebel more that became even more problematic and so they were looking for an alternative placement.” During a team meeting, they discussed the idea of Andrew being a possible placement for Dakota. That led to Andrew getting licensed as a foster parent, and Dakota moved in with him at the start of his senior year of high school. (Talk about a time of transition!) 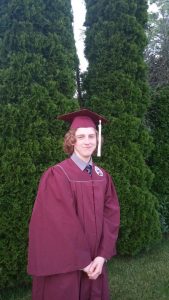 Today, Andrew continues to mentor as a teacher and Dakota is still part of Andrew’s family—but it took a little while for Andrew to really feel like a dad. It wasn’t until he dropped Dakota off at college that it really hit him that he was more than just Dakota’s mentor now. “The long drive with just the two of us going down to set stuff up for him was a really big experience. I remember going out to the car after everything was over and just sitting there, not even able to pull myself together.”

If you are interested in mentoring, Andrew’s advice is simple, really: “Just show up. Because I think people don’t realize just how easy it is to make a difference. That it’s really a great difference that you can see happen. It’s so significant. Kids aren’t looking for someone with a book of life lessons; they just want you to care. The hardest part about being a mentor is deciding to do it. From there, you just show up.”

Recognize Andrew from somewhere? You should! He and his youngest son, Jaimell, recently shared their adoption experience in one of our previous blog posts. Jaimell, Dakota, and Andrew all agree: “We’re one weird family tree”…but it works!