We don’t have to tell you about how the pandemic has impacted community and family life – you’re living through it, just like we are. The stay-at-home orders are slowly being modified as Indiana focuses on re-opening. And while we know staying at home was wise direction from state leadership, it’s also been driving families, well, a little nuts. The effect of this spring on our economic, infrastructural and psychological stability will be felt for years to come. No doubt about it, it can be hard to look at where we’re all currently at and think about the positives. 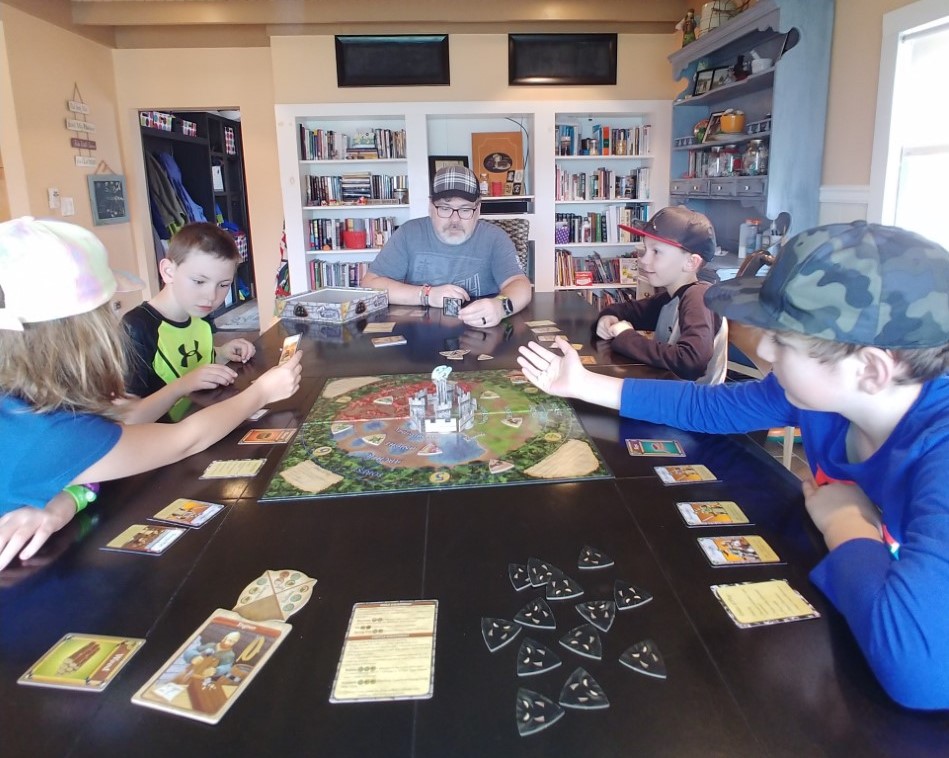 The Bowers family engaged in a friendly game of Castle Panic.

Still, for the sake of our psychological health, it’s probably worth it to have some optimism here or there. Matt Bowers, one of our Adoption Champions and a foster and adoptive dad, shared how his family has been trying to focus on the good in the midst of all of this disruption. Matt and his wife Dawn have four kids: the oldest is 13, and the 3 younger ones are 9 (yes, all 3!). Their 13-year-old son, like any kid his age, craves his own space. The younger three, like any kids their age, crave attention. Sounds like it has the potential to be an exhausting family dynamic, right? Add a stay-at-home order, and you end up with a family that feels like it’s just surviving, not thriving.

Matt and Dawn devised a plan to keep the family from feeling so stressed. They had a simple goal: find things to do together that can be fun for the kids. “We didn’t want to look back on this and regret the time we had together.” They started with board games like Castle Panic, which led to making slime, which led to buying 15,000 rubber bands for crafting! Soon, family time expanded to include extended family; now, aunts, uncles, and cousins join for virtual family game night using Jackbox. “My kids have been visiting with their cousins more than ever,” Matt notes. And this time has allowed the Bowers family to step back and see the “big picture” – their time together is precious, and connecting with each other leads to thriving rather than just surviving. 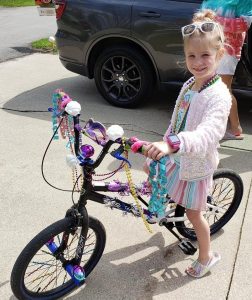 Ready for the parade!

Not all of us are craving additional family time, though. Many are craving interaction with non-family members and their community at large. After several weeks of isolation, the Tobin kids – all adopted and ranging in age from 10 to 18, were beginning to feel restless. Really restless. They were eager to visit with their friends and see something other than the inside of the house. Their mom, Susan, came up with the idea of a social distancing neighborhood parade. A bit unorthodox, yes, but it turned out to be just what the kids – and their neighbors – needed.

Since their neighborhood already had a Facebook group, Susan took to social media to invite families to decorate their bikes, wagons, and scooters for a parade, or to sit on their lawns and wave and cheer on the parade participants. The Tobins expected just a few friends to join in. 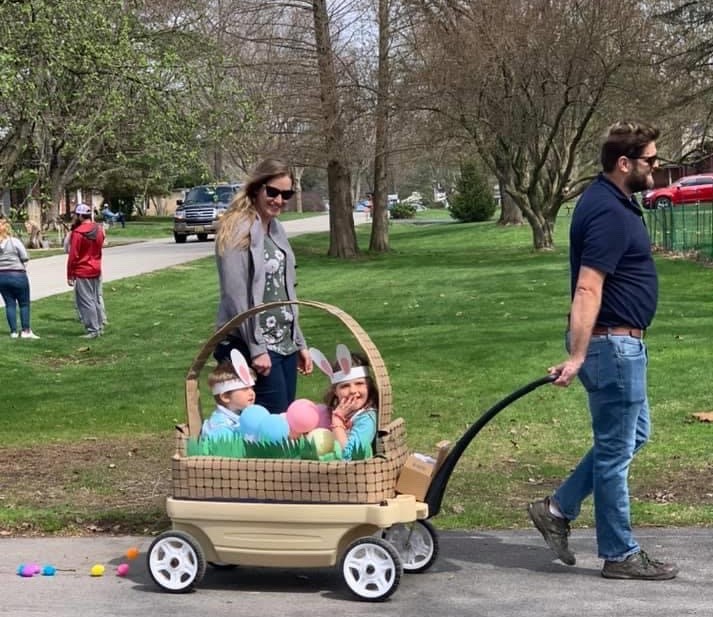 An Easter basket on wheels!

On the day of the parade, though, every neighbor was picnicking on their lawns waiting for the show to begin. Every child was waiting with their bikes and scooters, dressed up in wacky costumes, excited to show off their masterful creations. The day brought the community together in a way they’d never expected. What started out as a silly idea to keep the kids occupied became something that the entire neighborhood went all out for.

This physical distancing, while necessary, doesn’t need to lead to isolation (nor should it!). It also doesn’t need to lead to families becoming insular and detached from their neighbors and friends. As the weather warms up, grab your wagons and scooters, message your friends, and plan an impromptu physically-distanced parade. Unearth the Scrabble board, Apples to Apples, or even Exploding Kittens with its human-sized “Cone of Shame,” and spend an evening in friendly competition. It may be just what your family or neighbors need to remind them that there are a few positives to still be found in the current situation.