You Can’t Judge A Book By Its Cover, Or A Child By Their Child Summary

“Have you ever read a child summary? Have you ever been scared by something you read in a child summary?” Those are the the first questions we ask during the parent meeting at our adoption match events. Every parent has the same answer: yes to both! Child summaries can be daunting: they outline every difficult thing that has happened to a foster child, including why they’re in care, their challenges, how many placements they’ve had. These are important documents – but sometimes it can feel as though the challenges and needs outweigh the strengths and positives of the child. While the child summary does include the child’s strengths, likes and dislikes, what they hope for in a family, and so on, reading those words isn’t the same as experiencing the child in person. Humans are far too complex to be summed up by words on a page. 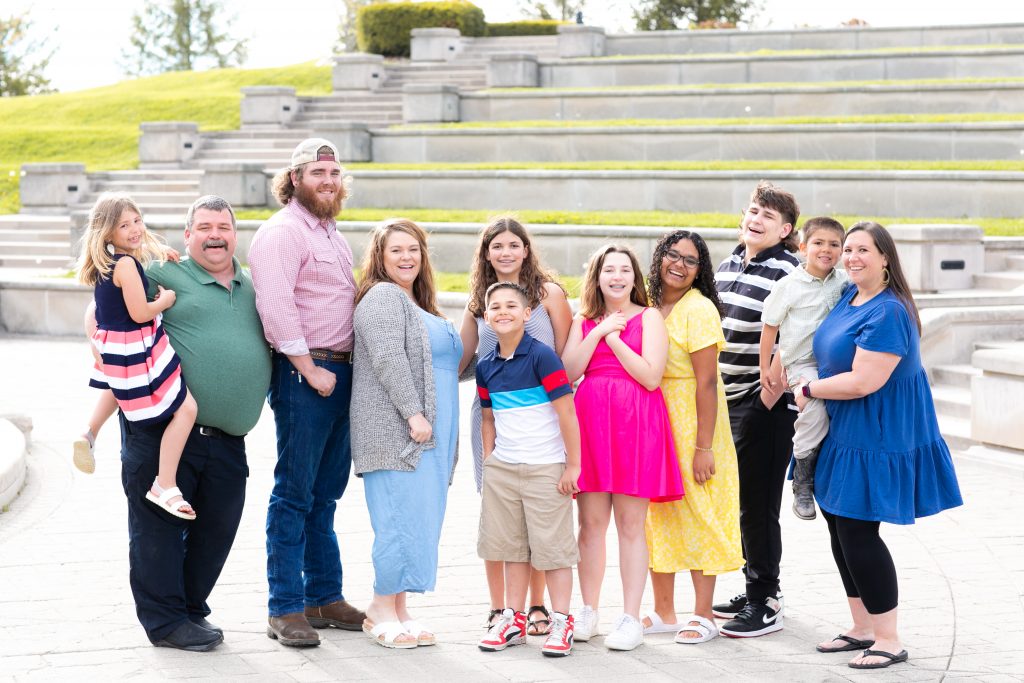 After becoming recommended to adopt, Deidra and Tony Smith were excited to explore the profiles of waiting children. It was not long before they became overwhelmed with all the information that was packed into each summary. “So many said things about how the kids needed lots of attention and one-on-one time,” recalls Deidra. “But what kid doesn’t? Sometimes the way they were worded scared us.” Completely understandable. We always recommend that if you’re scared by something in a child summary, talk to the child’s team about your concerns. Fortunately, Tony and Deidra remembered this and continued to read child summaries with a list of questions in mind if they were selected for an interview.

There was something about Alliyah’s profile that drew Tony and Deidra’s attention. They kept coming back to it – and although they had questions, the Smiths submitted an inquiry for her. Several weeks later, Deidra and Tony were interviewed by Alliyah’s team. Deidra typed up a letter describing the family’s home, neighborhood, atmosphere, and interests to help Alliyah’s team get to know them. She wanted the team to get a full picture of their family. And do the Smiths ever have a “full” picture! Did we mention that Deidra and Tony have 8 biological children, 6 of whom are still living at home? The youngest at home is 4; the oldest is 17. Talk about a full house!

Coming out of the interview, the Smiths had a lot of information to process; Alliyah’s team had plenty to consider as well. A primary concern was whether disrupting the birth order would cause discord.  “I hate birth order!” laughs Deidra. It’s hard enough for teens to find an adoptive family, so the Smiths didn’t want birth order to stop them from opening their home to Alliyah. Teenagers want to have a say in the decisions that are being made about their lives — so Alliyah’s team determined that they should let her decide for herself. 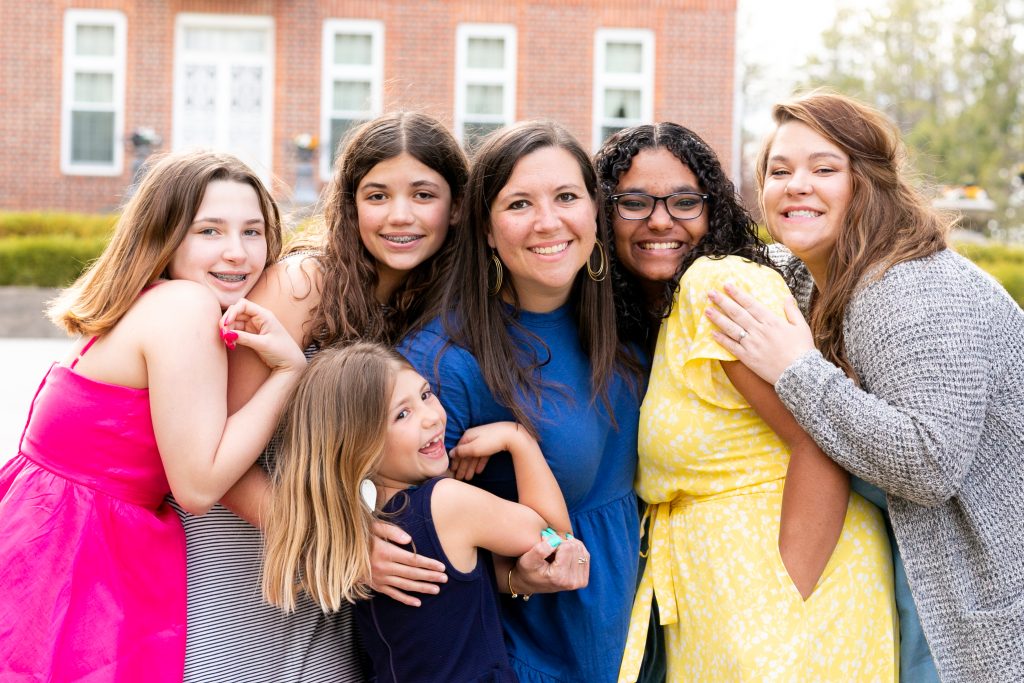 In May of 2020, Alliyah met the Smiths for the first time. She was nervous, of course, and a bit shy at first, but says she felt an instant connection with the Smiths. Alliyah even texted her case manager within minutes saying how much she loved the family! Tony and Deidra were relieved to find that out, because they too felt like Alliyah was meant to be part of their family. After some visits and overnight stays, Alliyah moved in with the Smiths in June 2020.

Transitioning into her new home and family came naturally: “it was like starting a new journey.” Alliyah quickly got involved in her new school and joined the marching band and color guard. For Tony and Deidra, adding a new member to their family was mostly second nature for them. (Remember, they have 8 biological children – they’re no strangers to this!) When they did encounter hurdles with transitioning a new child into their home, Deidra and Tony said that having a great care team made all the difference. “They brought us meals, clothes, you name it. We were also able to talk with other families who were in the same boat.” The Smith family attends Traders Point Christian Church in Zionsville, which has an active care community designed to support foster and adoptive families. These volunteers rally around the foster family to offer practical support, such as housework, childcare, tutoring, and even meals. With the support of a care community, foster families are 40% more likely to continue fostering. For the Smiths, having support and other like-minded families around helped smooth the transition.

On January 14, 2022 they made it official: Alliyah was finally a Smith! For Alliyah, her adoption brought a sigh of relief. “I waited a long time for it to happen, so it lifted a lot of stress off my shoulders, because I’ve been let down so many times about this. But it finally happened!” Since the adoption took place over Zoom, it felt like the entire town tuned in to support their big day. Deidra is an elementary teacher, so her class joined the hearing, along with the Smith’s extended family and Alliyah’s biological grandmother. But nothing made Alliyah happier than seeing her therapist and case manager there. The icing on the cake was Alliyah’s answer to the adoption attorney’s question, “What do you want to be when you grow up?” Alliyah was quick to answer: “A case worker, so that I can help kids like I was helped. I want to make a real difference!” 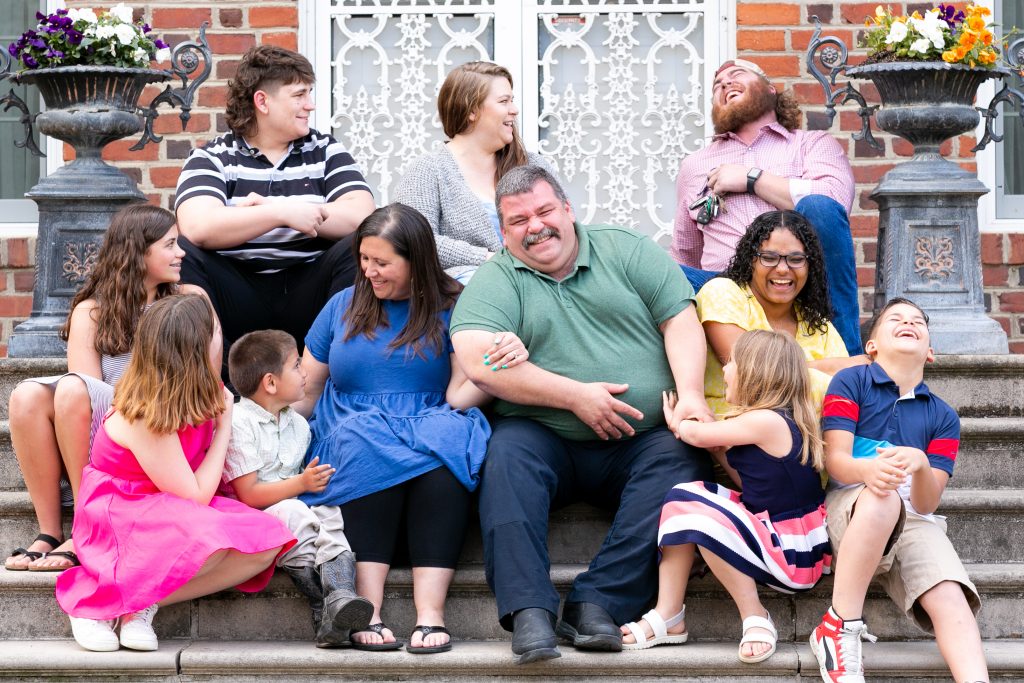 As for how the family is doing, and their thoughts on the whole process? Alliyah says she feels like she’s part of the gang now. Deidra and Tony are quick to emphasize all the great things that have come from deciding to adopt a teen. “If we hadn’t said yes to older youth, we would be missing out on so much. We get praise all the time for her. We are so proud of her, especially when she volunteers and does well in school. She deserves to have people in the crowd cheering for her!” And they’re not worried about missing out on “firsts” — they know there are plenty of those still to come. “We’ll get to teach her how to drive, take her to college, walk her down the aisle, have her first child” and so much more. Plus, Tony quickly adds, “teens love to sleep, and there’s no getting up in the middle of the night to change diapers.” Even with the changes to birth order, the Smiths’ other children all agree that they’re “better for it” and they “just can’t imagine life without Alliyah.”