An athlete and a scholar 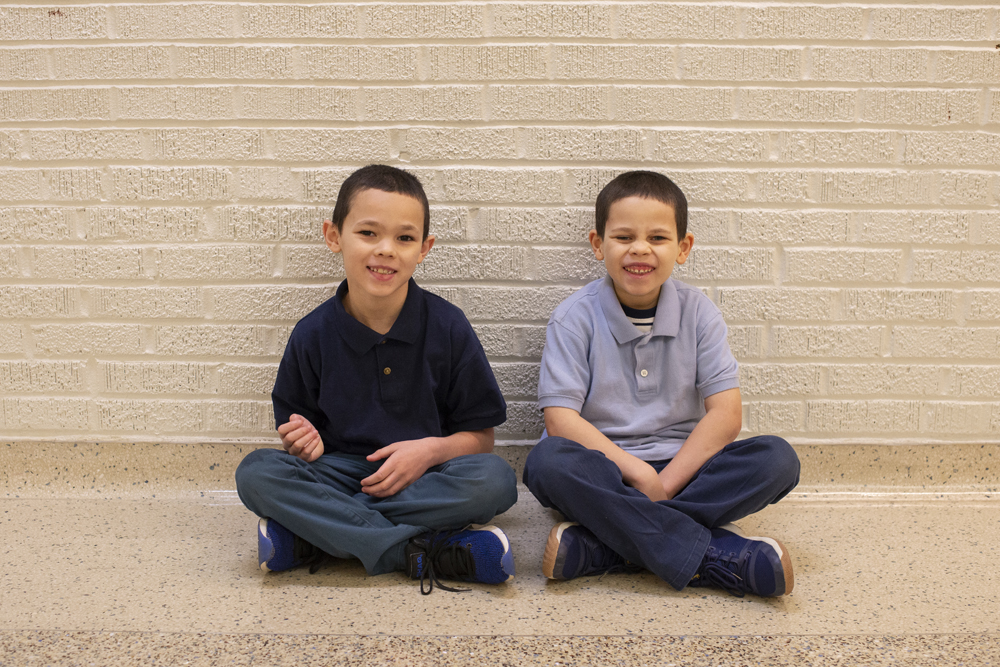 Christopher is a kind young man who loves the outdoors! He would spend all day outside if he could — riding his bike, going to the lake to fish, or playing sports. His favorites are basketball and soccer! When not running around outside, he likes to relax by playing video games like Roblox where he gets to build all sorts of cool worlds! Christopher loves movies, especially scary movies; it’s a pretty great night when he gets to cuddle up next to people he loves and share some popcorn. He’s also a big reader — it’s his favorite subject in school, and he’ll happily get lost in a book for hours!

Alexander is just as kind, and he loves to talk! He has a huge imagination and likes playing with robots, dinosaurs, or monster trucks — so many cool adventures they can have! His creativity isn’t just for playing, though; he enjoys crafting and can make something out of seemingly nothing (it’s impressive!). Alexander likes to play games, especially UNO. He has a scooter he likes to use to zip around the neighborhood, and he hopes to find a family that will help him learn to ride a bike!

Christopher and Alexander would do best in a two-parent home — they want a “good mom and dad” and would thrive with a positive male role model in their lives. The ideal home would be one that came with a big family, but no cats (the boys are not fans of felines). They need a home with consistent structure and rules, with follow-through for rewards and consequences. A home that provides stability and parents who are good at communication is ideal. They will need encouragement and support in school and out in the community. Parents should be willing to make education a priority.