In addition to recruiting potential adoptive families for waiting children in foster care, Indiana Adoption Program also works with child recruitment. Meaning, we create materials for each child and teen in our program to “bring them to life” for prospective parents. A professional photo shoot, maybe a brief video or interview, a segment on WNDU’s “Wednesday’s Child” – these are all things that help these children and teens feel more than just a picture and an ID number. All of the materials are designed to highlight the child’s unique personality and awesome strengths.

In the course of developing child recruitment materials, we often ask the youth to share what family means to them. What do they hope their new family will be like? What would they want prospective families to know? What do they love? What are some of their pet peeves? Turns out that what’s true of most people also holds true for the children and youth in need of adoptive families: ask them questions, be genuinely interested in the answers, and you’ll learn a lot!

1.) Even if it doesn’t always seem like it, they’re smart, funny, kind, and good. And when they miss the mark, they’ll keep trying to do better. 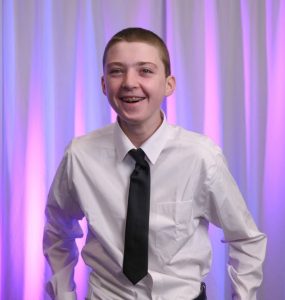 Just like any preteen or teenager, the children in Indiana Adoption Program want adults to know that they’re good kids. They worry that sometimes their “good kid-ness” gets overlooked by prospective adoptive parents who can’t look past their trauma history.  Yes, each one of the waiting children in Indiana has experienced trauma that they will carry with them into an adoptive family. But, each one of them is also, fundamentally, a good kid – smart, loving, generous, silly. And even if they miss the mark sometimes, they keep trying to be their best selves – but that’s a lot easier to do if they have a loving and stable family cheering them on.

Travis, who is almost 17, said: “I need a new family. Because I’m nice [and] kind. I’m good at stuff and I like to help.” Manning tells us that parents should know he’s an A/B student and can be really helpful – and that he wants to spend his allowance to buy Mother’s Day and Father’s Day gifts. Others want to make sure families know that they get along well with other kids, and can help take care of younger littles who might be in the home.

2.) They’ve missed out on a lot of “firsts” – like a first family vacation or outing. And it would be a delight to hop a plane or jump in the car and go exploring.

Many of the teens in Indiana Adoption Program say they want to travel with their adoptive families. Most of them haven’t been out of Indiana much. Some have told us that they want to visit Florida, Hawaii or Mexico. Others are curious about the Midwest, and have put Kansas at the top of their list. One pre-teen we talked with doesn’t just want to visit a national park – he wants to visit every national park! Another is curious about marine history, so at the top of his list is visiting the site of the Titanic.

Others are a little more realistic. Jesse would happily settle for Holiday World. And Nevin wants as many trips to the zoo has he can get. Why? Because “they have lettuce there that we can feed to the giraffes. They like lettuce. Last time we were there, they ate a whole bunch of it.”

3.) They have lots of interests, and are excited at the prospect of having parents and siblings with similar hobbies. 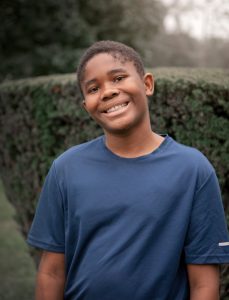 Many of our children are athletic and have lots of energy – and are excited about having a family that will spend time with them doing the activities they enjoy. Jaden wants someone to throw the football with him – it doesn’t even have to be a parent! An older sibling would do just fine. Emma loves volleyball and basketball. As for Emmanuel, well, his family will need helmets and safety gear, because he wants to hop on a dirt bike and ATV whenever he gets the chance.

No two people are alike – and that’s true for the waiting children in Indiana too. But chances are, if you have a favorite hobby, there’s a child in need of an adoptive home who has that same hobby. If you have a favorite sport, guess what? A lot of these children and teens do too – and they may challenge you to some friendly competition! If you’re a bargain hunter who lives for trips to Goodwill, or if you just can’t wait to start decorating for Christmas, Griswold-style– well, there are children and teens in need of adoptive families who also delight in thrifting or using all the electricity in the neighborhood for a few weeks in December.

4.) They appreciate being involved and having input in the decisions being made about their lives.

Sometimes this input is about things that may seem inconsequential to others, like whether they’ll have their own room, or the color of the comforter on their bed. But think back to when you were a teen: didn’t it seem really important to have a say in whether you had to share a room with your sibling, or what activities you were involved in? It’s no different for the waiting teens in foster care.

Many have preferences on location, considering themselves city kids or country kids. “I grew up in the woods out in the country,” said Miley. “It’s everything to me. It’s where the trees grow tall and the air is clean…so it’s kind of nice.” On the flip side, Kyan is pretty clear that he wants to be in a city – and ideally, it’s one that has a professional NBA team, because he loves basketball.

Sometimes, the input waiting youth want to give is about things that really matter (and should). Often, these preferences are not just whimsy, but are based on things the youth knows about herself and what she needs to do her best. Like whether there are other children in the family; whether the parents will be able to spend one-on-one time with them; if the family is really going to be able to look past the child’s behaviors to see the good within. Foster children move around a great deal, sometimes all over the state in the course of a few years, so it’s not surprising that they might want to have some say in whether they have to change schools again, or if they’re moving far away from siblings.

5.) Independence is key to these youth. But that doesn’t mean they don’t want a family.

Many children who have grown up in foster care have had to become self-sufficient at a very young age. They’ve had to learn to look out for themselves and take care of younger siblings; sometimes, the child has taken on the parent role in order to stay safe. Because of this, they may give off an “I don’t need anyone or anything” vibe. It’s an understandable defense mechanism – the people they needed in their early years didn’t do what they should, so why would they expect others to now?

Others, though, just want their independence because they’re teens, and what teen doesn’t want to be able to make their own decisions all the time? Many, like Emma, describe it as wanting a family that can provide a balance: she wants parents who will give her freedom to figure things out on her own, while still offering clear, patient direction on how to navigate through life.

6.) They know that they’re not the right kid for every family, and that every family isn’t the right fit for them. But they’re optimistic that their family is out there – and they want you not to be scared of adopting a teen. 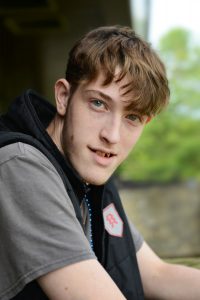 For instance, if you’re someone who raises wasps, you’re probably not the right family for Landon, who is very clear: “I am not a huge fan of wasps.” But, he’s quick to add: “But I like toads!”

If you’re a very serious sort, you may not be the perfect family for Alex, because he’s, in his own words, “really goofy” and needs a family that “actually appreciates my flaws and stuff.” But, if you’ve got a little bit of a silly side, and also like computers, maybe you should get to know Alex. He’s a tinkerer – he likes to take things apart and put them back together…and they still work!

16-year-old Zack really wants families to give teens a chance! “I say give teenagers a family. I think it’s all the kids around. It doesn’t matter how old they are. They deserve love. That’s what I think.” (Zack, that’s what we think too!)

7.) Even though they don’t currently have a permanent family, it means everything to them. 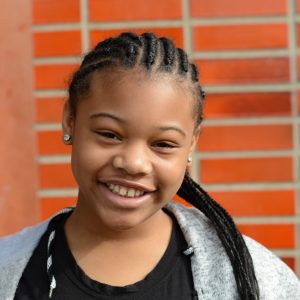 Many of the waiting children and teens in Indiana Adoption Program haven’t been in a permanent family for quite some time. But, they still know what it would mean to have a forever family that loves them unconditionally. Kambri shared that, “To have a family that knows me and loves me, that would be a big thing because my [biological] family didn’t love me.” Naija, who recently turned 13, explains that she hopes to be adopted so that “I won’t feel alone. I can do stuff with them, and I won’t have to cry anymore.”

When it comes right down to it, they just want parents who will love them unconditionally, protect them, and help them grow into adulthood with strong role models. “I found out a long time ago if you don’t have a family, you’re going to end up being alone, your whole entire life,” Zack said. “Mostly, [having a family means] you have somebody to trust.” Darius echoes that sentiment: he wants “someone who is always there for me. And someone I can be there for…. Someone who trusts me. We can get along. We all have love and peace.” As his 17th birthday approaches, Travis is one year closer to aging out of the foster care system, which makes him puts it even more urgently: “I want a new family. I need it. I need them to adopt me.”