Last week, we wrote briefly about brain development and identity formation as they relate to parenting adopted teens. This week, we’re tackling another big topic that may be familiar to a lot of you already: parenting a teen who is nearing adulthood. Chances are, your teenager has thought of themselves as nearing adulthood since they turned the big 1-3. But, if you have a 16 or 17 year old, they really are about to become legal adults, so it’s time to be prepared!

Parents of teenagers are used to hearing, “I can’t wait till I’m an adult!” from their children. (Actually, parents of kids of all ages are probably used to hearing that!). Teens can’t wait to grow up, to be on their own and independent, to make all of their own decisions (and we’re sure they’re not thinking about that first point we discussed last week, about the not-fully-formed brain!).

It’s a good thing that teenagers want to be independent — that’s developmentally appropriate, and parents should want their children to “leave the nest”…but, most parents want to make sure they can fly first! What flying looks like may be different for adopted teenagers than for their non-adopted peers. And what leaving the nest looks like may also be different. That’s okay! Contrary to what you may be telling yourself (or what others may be telling you), every child’s path is different, and the definitions of success will be too. Different can still be a win. 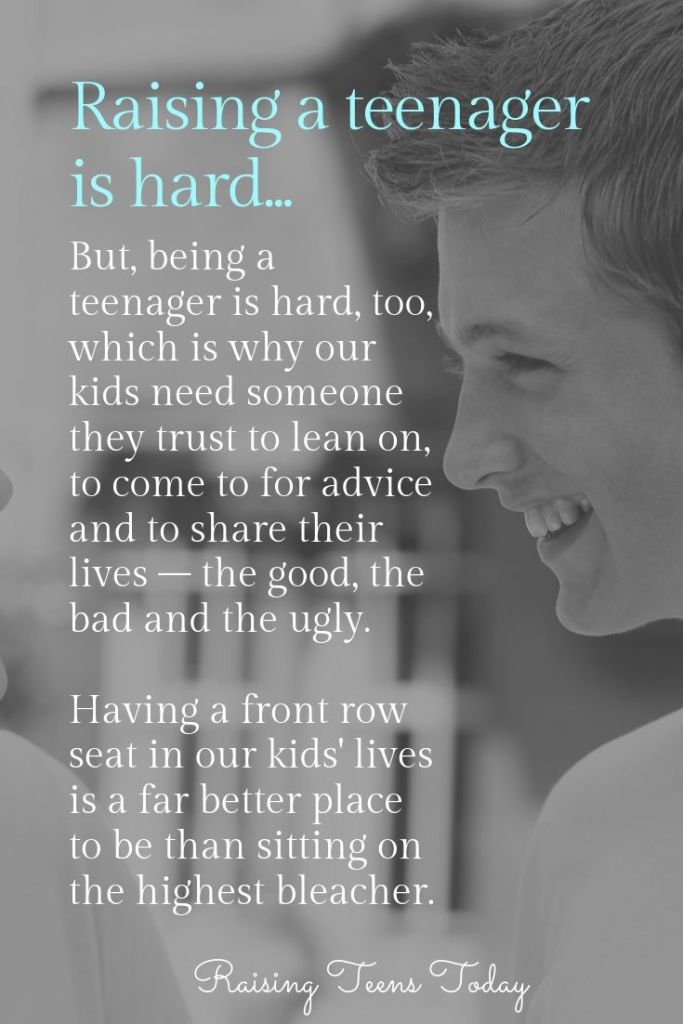 Most teens want to be making as many of their own decisions as possible. And the “battle” for control is a rite of passage of adolescence, it seems. But are there decisions that teens can have input in that won’t send the whole family off the rails? Of course! Deciding where to go on vacation? What does your teen think would be fun? (Parents still get the veto vote!) Which extracurriculars would they like to be involved in? What time is an appropriate curfew?

Without letting them make every decision, try to give your adopted teen more of a voice and input on family decisions that impact them. Growing up, they’ve had a lot of decisions made for them, and there have been plenty of times when they’ve not had a voice. If that’s the undertone of the family “battles” over control in your house, consider inviting your teen to make some more decisions may help ease some of the tension.

Not only will this help your teen feel as though their input is valued — it will also reaffirm their place in the family. One way that we reinforce to people they belong is to give them a seat at the proverbial table. Families are no different. Giving your teen a seat at the decision-making table is another way to remind them that they belong here. 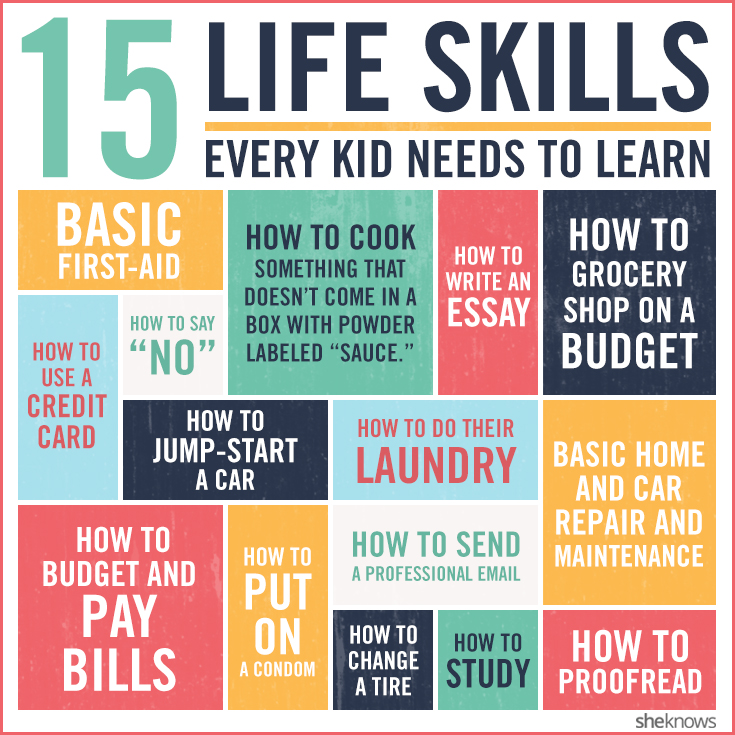 If you haven’t already, now’s a good time to teach (or reiterate) some of the life skills that many of us take for granted, but youth in foster care may not have been exposed to. You know, things like doing laundry, balancing a checkbook, setting a budget and sticking to it, and applying for jobs. Sewing on a button, email etiquette, reading a recipe — these are all things you probably picked up along the way, or were taught without even realizing it. Even knowing how to make grilled cheese can be considered an essential life skill – after all, young adults need to eat!

The 15 life skills in this graphic are good thought-starters. Maybe not all 15 are pertinent to your adopted teen, but chances are, you’ll find a few on the list that you could help your soon-to-be-adult child with. And, you can also incorporate some social-emotional learning too…like how to react when the bread on the grilled cheese burns, but the cheese inside isn’t even melted.

Have Realistic Expectations (And Make Sure They Do Too)

Talk openly with your teen about what “adulthood” may look like for them. Many children in foster care, or who have been adopted from foster care, thrive on routine and predictability, because it helps them feel safe. Approaching adulthood can shake that foundation of safety and security that you’ve worked hard as a parent to ensure they can rely on. Address misconceptions that your teen may have, like, “On my 18th birthday, I have to find a new place to live,” or “Once I’m an adult, I can’t call my parents for help, so I need to be an expert in everything now-now-now (Ah, the pressure!).” It’s important to take into account your specific teen’s needs, abilities, and background –those are much more likely to contribute to successful transitions into adulthood than a biological age bracket.

Teenagedom is far from the easiest time in a person’s life. Parenting a teenager is also not always a “tiptoe through the tulips” sort of adventure. So be kind and gracious to yourself, and to your teen, as you navigate the race to young adulthood. You won’t have all the answers, and you won’t get it all right the first time. Neither will your child. But, you’ll have lots of chances as a family to try again.

And in the end, if your teen hears and takes to heart any of the 6 things in this list — especially “I love you no matter what” — you can call it a win.

Be sure to download the “Parenting Your Adopted Teenager” factsheet from ChildWelfare.gov. It’s full of all sorts of helpful information!