Family trees are complicated for children who have experienced foster care and adoption.

On his adoption day, Jaimell, his dad, and his brother made a picture of a family tree. Each leaf was the thumbprint of someone who supported them throughout the adoption process. Jaimell described his life before adoption as an empty forest. Now he excitedly shows people how many fingerprint leaves are on his tree. His dad laughs, “We’re one weird family tree.”

Andrew is a teacher and a single dad. “[Foster care and adoption] were always in the back of my mind,” he says. His parents were social workers, his sister is a foster parent, and he serves as a mentor through teaching, theater, and Big Brothers Big Sisters. He met his oldest son, Dakota, through mentoring; Andrew became a kinship placement for Dakota, who was near to aging out of foster care.

“Permanency is important, especially for kids who have gotten to that point,” says Andrew. “They have had a lot of people give up on them.” Andrew wasn’t about to let that happen to Dakota. “Him knowing his room was still here, even when he wasn’t, was important to me. He will always have somewhere to go back to.”

Andrew and Dakota were a family of two while Andrew considered fostering. Andrew admits that he procrastinated on the paperwork. “The one thing holding me back was not knowing if life was stable enough,” he says.

Andrew’s agency helped him navigate the process. He is grateful for the support and structure he received there. He also says Facebook groups helped him. “I’m in a group with 1,300 single foster parents. When someone posts an issue, there are 30 instant replies.” 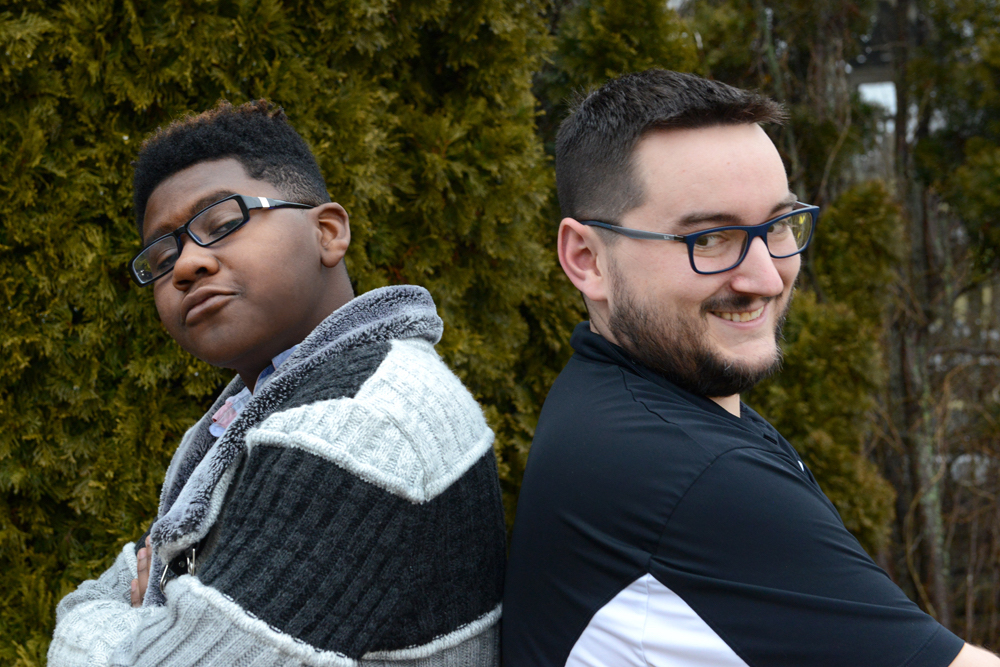 Two weeks after Andrew got his foster care license, Jaimell moved into his home. “Jaimell is spirited, animated, outgoing, affectionate, loud, and rambunctious,” Andrew says with a smile. “He is fun to be around.”

“Jaimell always looks on the bright side of things,” Andrew says, even through many challenges. “It’s hard knowing what to advocate for. Jaimell had 6 different schools by third grade. One of the challenges I’ve had is absorbing his pain and realizing all he has gone through.” Andrew notes how important it is to advocate for educational, emotional, and mental well-being. “Jaimell is incredibly smart, and one of the best parts is seeing how he has improved at school and life, and watching him be successful.” 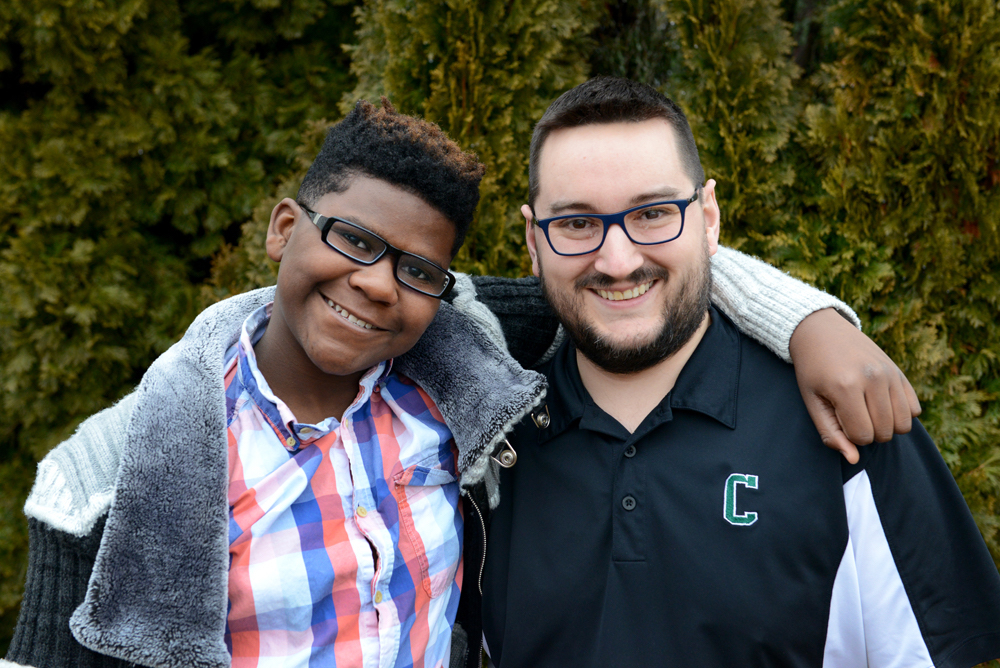 Andrew adopted Jaimell at a National Adoption Month celebration in November 2018. The local news station was there and the new family was surrounded by balloons, snacks, and other families making their own thumbprint family trees. According to Jaimell, the best parts of adoption day were “cookies, being on TV, fingerprints, and not having to go anywhere else.”