Did you know that 2/3 of children in the US foster care system also have a sibling in care? However, many of these siblings aren’t placed in the same foster home, or adopted together – often because there aren’t enough families that are able and interested in taking sibling groups. But siblings provide a sense of stability and security – they’re a reminder that “hey, this person knows me, and knows my experiences, and we’ve been through thick and thin together.” And especially for children and youth who have already experienced the trauma of being removed from their birth family, the sibling connection is crucial for mental health and developing healthy attachments. 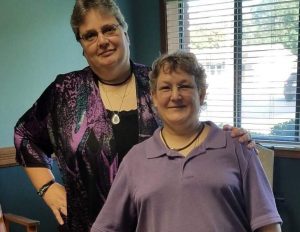 Michelle and Shelly began their adoption journey by witnessing the positive impact that adopting siblings from foster care could have. After a long-time friend became a foster parent and eventually adopted 5 siblings, Michelle and Shelly came to the decision that this was something that they also wanted to do. They didn’t want to just adopt from foster care, though. They specifically wanted to adopt a sibling group in order to keep them together as a family. With a clear goal of adopting siblings, Shelly and Michelle began by fostering, as their friend did. After becoming licensed, they had several temporary foster placements, which gave them confidence as parents, and also reaffirmed their desire to consider adoption. Their case manager suggested that attending an adoption Meet & Greet event, where they could meet children and youth who had a plan of adoption.

Michelle and Shelly recalled reading the profiles of a sibling group that their case manager confirmed would be attending the Meet & Greet: 12-year-old Matthew and 10-year-old Alex. Although they hadn’t met Matthew and Alex yet, Shelly and Michelle just had a feeling that the siblings would be a good fit for their family – but they still recall being nervous about meeting for the first time. 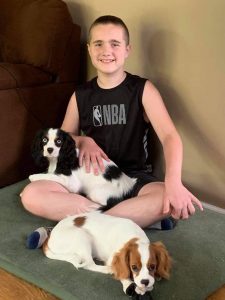 Matthew is autistic, and his team was not sure how he would react to meeting prospective adoptive parents. Fortunately, Matthew was thrilled. He told everyone that he couldn’t wait to go to school the next day to say “Sayonara” to his teachers – because he was getting adopted! Although Matthew may have been getting a bit ahead of himself, it wasn’t long before he and Alex were officially matched with Michelle and Shelly. After a period of transition, the siblings moved to Shelly and Michelle’s home, and they began the adoption process. A year later, on June 11, 2020, Matthew and Alex’s adoptions were finalized. The adoption hearing was on Zoom, due to the pandemic, but their families were able to join to witness and celebrate the virtual event.

It’s now been 8 months since Matthew and Alex were adopted, and Michelle reiterates, “These guys are perfect for us.” They’re starting to finally settle into a routine that works for their family. Following the adoption, the family moved to North Carolina. They quickly plugged into their new school system, and found other helpful resources such as at-home and in-school counselors to aid the children’s transition. Michelle and Shelly emphasize the importance of having additional support to help their kids succeed – but they also admit, it’s not always the easiest thing to find. “I learned a lot on my own,” Michelle says, “just by making a lot of phone calls. You can talk to teachers, or once you get the kids into therapy—talk to their therapist. They can give you a heads-up on different programs that are available.” Michelle and Shelly also can’t say enough great stuff about their Adoption Consultant, Jenna, who was “wonderful about connecting us to services we needed.” 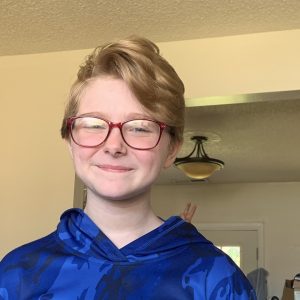 Shelly and Michelle are the first to acknowledge that adopting siblings from foster care hasn’t always been an easy road. “We had hard placements, but looking back, it was a good learning experience for us.” At times, the couple felt like they were being pushed to their limits, but now they consider those experiences as preparing them to be the best parents possible for Matthew and Alex. While in the process of adopting Matthew and Alex, Michelle and Shelly still continued to foster, mostly teens. They often got asked about how they could manage fostering and adopting at the same time, or why they would even want to keep fostering. For this family, though, the answer is simple: “Because there’s a need. Every state needs foster and adoptive parents. Every state has too many teens aging out of foster care. Every state has too many kids who don’t have a place to call home, or anywhere to go for a holiday meal. It breaks our hearts.”

We always ask families we interview if they have any advice for people who are interested in fostering or adopting. When Shelly and Michelle started their foster and adoption journey, they “made the mistake of wanting to save the world. We quickly learned that wasn’t realistic.” But, it is realistic and possible to make a huge difference in the life of a child, or the future of a sibling group. “It’s an amazing thing. It’s a great feeling to keep a teen from aging out. So if you’re considering it, just do it. You won’t regret it.”

Their other piece of advice: Be prepared to persevere through some tough times. “Many people get into fostering not realizing that these kids have been to hell and back. They will not be perfect. They’ve had a lot of bad things happen to them, so of course they’re angry. But if you take them under your wing and get them the help they need, they can come through it. And that’s so worth it!”