Shannon and Hubert Schulz are not people who shy away from a challenge. Case in point: they fostered and adopted not 1, not 2, but 6 children from Indiana Adoption Program – each with their own unique set of circumstances and struggles. But the Schulzes have always been clear on this point: the world should expect great things from their kids.

We first interviewed Shannon and Hubert in Spring 2015, when their youngest, Julie, was 13. During that conversation, they told us about their four parenting pillars. 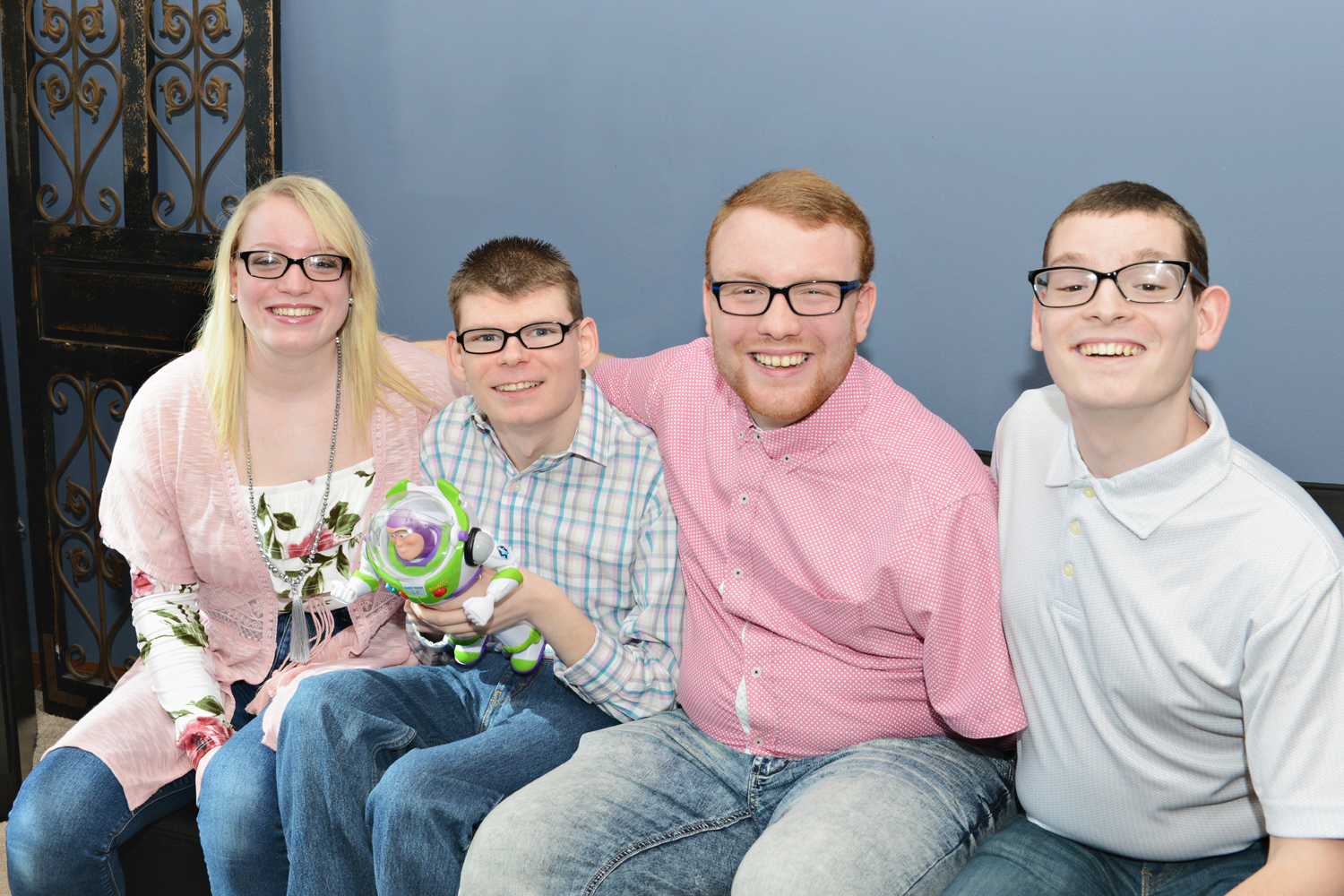 Sounds easy enough, right? So 5 years later, we visited with the Schulzes again, to find out how they put these parenting pillars into practice, and what the outcomes were. It would be obvious to anyone within just a few minutes of talking with Shannon and Hubert that they are deeply committed to their family and each other. It is evident that they instilled strong family values in each of their children, and the whole family works as a team to encourage individual and collective successes. Hubert explains: “We had to make a lot of adjustments to accommodate and incorporate everyone into one big happy family…. Tough times will come, like puberty—and sometimes special needs can magnify teenage issues.” But, “You never give up on a child.”

As we were talking with the Schulz family, each of the children opened up about their struggles. They graciously admitted that life wasn’t always easy for them—like when Alex was 18 and he ran away from home. “It was hard on me because I left my family. I was upset, because I was just an angry kid.” Alex goes on, “After about 3 months I called home to my mom and dad, and they came and got me. They still took me in after leaving them and saying things that I shouldn’t have said.” This experience solidified the trust between Alex and his family. “It showed me how much they love me and how much God loves me—even if I hurt them, I can still come back.” Today, Alex says he remembers being homeless and wants to help other people who are experiencing homelessness. He saves up money to buy sleeping bags, food, clothes, and other items for those in need. 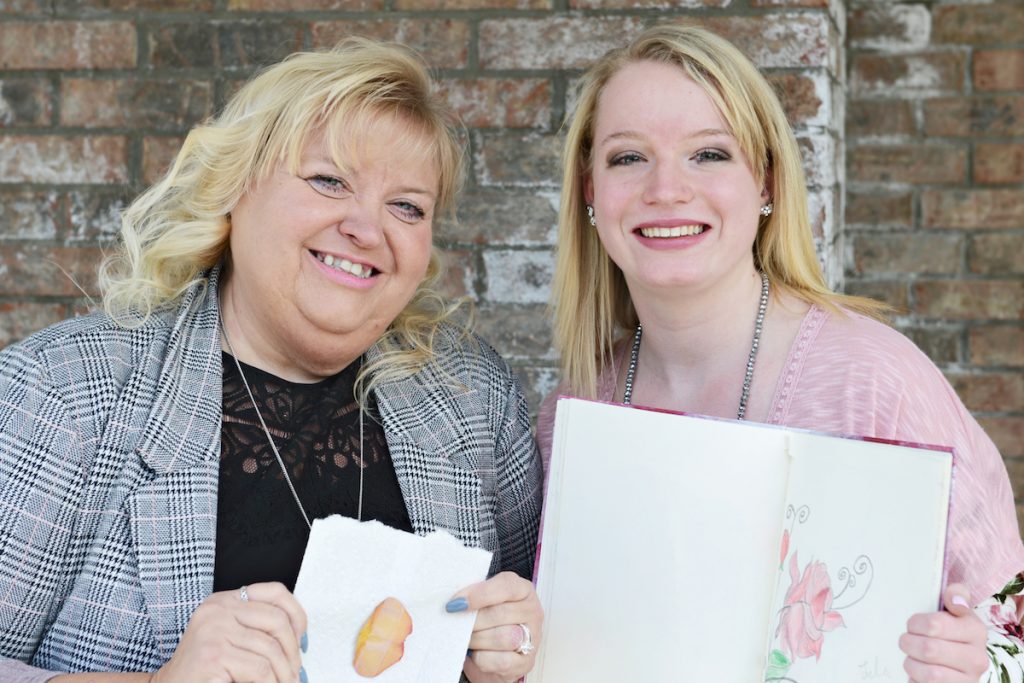 Julie, the only daughter, was just 2 when the Schulz family adopted her. Shannon explains, “Because we got her so young, we had to decide when we should tell her she was adopted. Julie was 6 when we first tried to have a conversation, but she was not ready. We gave it time and finally at age 14 we told her, but it was disastrous. She was so angry.” At first, Julie placed blame on her biological mom for not giving her the best opportunities in life. “I was angry,” Julie explains. “I knew my biological mom did bad stuff and that kind of made me feel like I wasn’t able to do a lot of the things that I want to do.” At the same time, Julie wrestled with the idea that her adopted parents could truly love her. It was not until Hubert and Shannon let Julie adopt a dog that Julie came to realize their love for her could still be strong. Julie loved her adopted dog, Paisley, and she realized, “if I could love Paisley, then they must love me!”

Today Julie says: “I look up to Mikey and Alex—they went through a lot.” Although their set of hurdles were much different, both Mikey, now 19, and Alex, now 22, admit that they’ve experienced a similar anger and resentment toward their biological mom. Their birth mother drank while she was pregnant with Alex, resulting in him being born with fetal alcohol syndrome…and without one of his arms. He knows that “if my mom hadn’t have been drinking so much, it wouldn’t have happened.” Mikey tries to stay cheerful, but he too admits that he experiences pain, especially when he compares himself to friends. Shannon explains, “When we would put Mikey in activities, we noticed that his friends would quickly develop as they got older—his friends grew up in a way that he couldn’t.”

“My friends, one day, they just stopped coming over and I didn’t understand,” says Mikey. He admits that it was hard to watch his friends “grow up, move on—get jobs and girlfriends.” It took some time, but today Mikey can finally say, “I am happy with what I have now.” Much like Julie, after many years of consistent love from Shannon and Hubert, Mikey and Alex can now say they both forgive their biological mother. 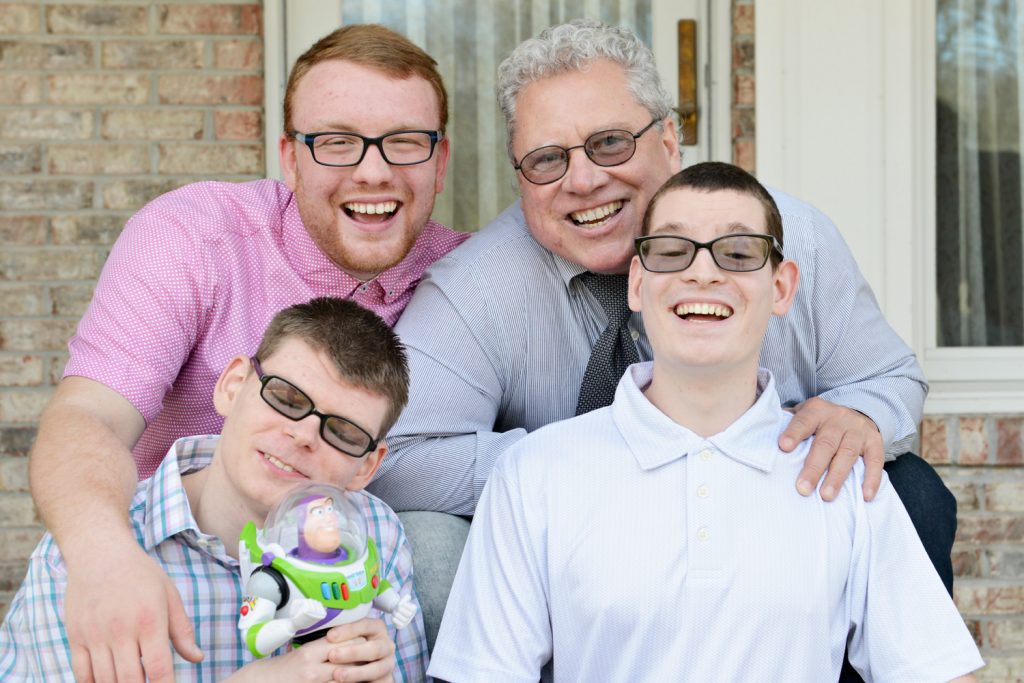 Julie, Mikey, and Alex nodded in agreement when Shannon and Hubert called Dalton their true miracle baby. “He’s a marvel,” says Hubert. “With his prognosis—he had 6 different therapists when we got him. They told us he would never walk, never talk, never be able to be in public with anyone. But we just said that’s not the way this is going to be.” Today, Dalton – who is now 20 – is walking and he loves to talk, especially about his favorite movie, “Toy Story.” When Shannon brags, “He’s got lots of friends,” Dalton smiles…and also quickly mentions his girlfriend “Rebecca,” who has special needs as well. Dalton’s family is proud of all his accomplishments, and they encourage families to seek out support groups for loved ones with special needs.

By the end of our conversation, there was no doubt that the 4 parenting pillars we learned about several years ago had been implemented quite effectively by Shannon and Hubert. We can’t wait to see what each of these kids does next – and how they inspire others to do great things. Each one of them is unique, but collectively they offer a bright and uplifting perspective on life, on persevering, and on facing the struggles that may come your way. Mikey said it best: “It doesn’t matter if someone says you can’t do it. Just believe in yourself!”