As Fate Would Have It: How A Simple Joke Turned Into a Forever Family 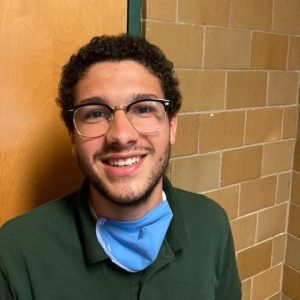 In the summer of 2019, 15-year-old Nayvin was, once again, going to begin the school year as the “new kid.” He was used to this, though. It happened with every new foster home, and it felt like there had been a lot of those. Nayvin had been in foster care for the past 6 years, and his life before foster care was not exactly a walk in the park. He lived with his birth mother for 11 years, and during that time, his home life was significantly unstable. After Nayvin’s mother was arrested and incarcerated, he went to live with relatives. They tried their best to provide a nurturing environment, but their lack of resources and trauma training sent Nayvin on a bumpy road with a few stops at emergency shelters, residential facilities, and a handful of foster homes.

Like so many waiting teens in foster care, Nayvin was all too familiar with the unfamiliar. And to make things worse, his foster parents at the time had said they wanted to adopt him, but because of his chronic habit of running away, they decided against it. (Now, in Nayvin’s defense, he didn’t really think of it as running away. He just really liked getting to see his older brother Jayden, who was not in the same foster home with Nayvin. Those two were thick as thieves, but rarely got a chance to see each other in foster care.  Nayvin may have had a lot of uncertainty in his life, but Jayden was his constant through all the chaos.)

Before Nayvin knew it, it was October and school was in full swing. Nayvin had made friends, and some of them even knew about his story. The ones who knew that Nayvin was in foster care were sympathetic of his past, and some even wanted to help find him a forever home. A 14-year-old girl named Hannah was eager to tell her parents, Tammy and Todd Wilson, all about Nayvin. Tammy and Todd had been licensed foster parents for 25 years, and although they always thought about adopting, they never found the right match.

As fate would have it, Tammy was a substitute teacher at the time. She often substituted at her daughter’s school, so she was already very familiar with Nayvin. In fact, Tammy already had Nayvin in a few of her classes, and the two immediately clicked. Nayvin would jokingly ask Tammy to adopt him. But by the end of October, what started out as a silly joke turned into something that Tammy and Todd really started to consider. After some research, Tammy found out that Nayvin’s current foster home was planning on closing their license soon. It felt like a sign, explained Tammy, so they decided to ask their case manager, Mason Hutcheson, about setting up some visits with Nayvin. It just so happened that Mason was also Nayvin’s case manager (small world, right?!) – and he’d been by Nayvin’s side through his entire involvement with DCS. From kinship placement to residential to foster care, and even through Nayvin’s many attempts to run away, Mason never gave up on Nayvin. Mason isn’t the giving up kind. So you can imagine Mason’s excitement when he found out that the Wilsons were interested in Nayvin. 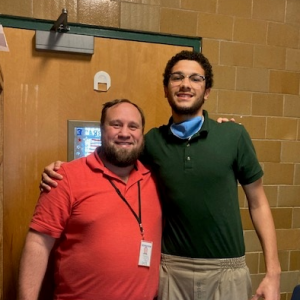 Mason worked quickly to set up the Wilson’s first visit with Nayvin. “We went ice skating,” laughs Tammy. “From that first time we met him, we knew that we wanted him to be a part of our family.” From there, Nayvin became a regular in the Wilson household. The Wilsons wanted Nayvin to be able to stay overnight at their house, but unfortunately they didn’t have enough bedrooms. So – Tammy and Todd devised a solution: another bedroom. They immediately began renovating and were able to add another bedroom to their home by Christmas – so Nayvin spent the holidays with the Wilsons!

Shortly after the holidays, on January 2, 2020, Nayvin was officially placed as a foster child with the Wilsons. They credit their “amazing case manager,” Mason, for moving things along so quickly. It wasn’t long before the Wilsons wanted to adopt Nayvin, but as we all know, COVID-19 put a damper on many plans – including Tammy and Todd’s plan to adopt Nayvin. Luckily, Nayvin was already living with the Wilsons, so they were able to spend some quality time together while they were in quarantine. During this time, they learned a lot about Nayvin – including his special bond with his brother Jayden. Tammy and Todd wanted to encourage and strengthen the bond that Nayvin had with Jayden, so instead of expecting Nayvin to loosen his bond with his brother, the Wilsons instead just began including Jayden as part of the family too!

As excited as Nayvin was to have more contact with his brother, quarantine was taking a toll on both boys. Ultimately, Nayvin and Jayden both ended up being put in detention facilities. Interaction with the law that leads to juvenile detention could have been the end of the path to adoption for many families. But not for the Wilsons. It’s certainly a little bit of a curve in the road, something they didn’t necessarily expect – but in the Wilson family, you don’t walk away when you’re faced with an unpleasant surprise or two. You stay, you figure it out, you lean on each other. You stay. And they did. They made certain that everyone on Nayvin’s team knew that when he was eligible for release, he had a home at their house, with their family. Not just an open foster bed. Nayvin’s home was with the Wilsons.

And, while detention isn’t a gift, Tammy and Todd note that it’s “actually been good for Nayvin, and the program is helping him. He is even eligible for early release!” On June 30, 2021, with Nayvin still completing his sentence in detention, the Wilsons officially adopted him via Zoom. Despite the rocky road that they’ve been on during the past year a half, they remain committed to their son, and they are excited to welcome him home! 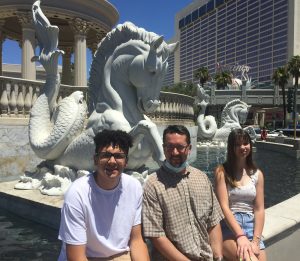 But their excitement doesn’t stop there. After adopting Nayvin, the Wilsons still felt like something was missing. They continued to think about Jayden, who they’d remained in contact with as well. After hearing a radio segment about how adult adoption can make a young adult feel like they belong, Tammy asked Jayden if he was interested in being adopted too. He was — after all, Jayden already felt like the Wilsons were his family, so why not make it official? This month, on November 1, the Wilsons officially adopted Jayden! He might be a 26-year-old adult who can live on his own, but now he knows he’s got a forever family who will have his back, and who he’s looking forward to seeing when he’s released in December.

You’d think that with finalizing not one, but two adoptions in less than 6 months that Todd and Tammy would be burnt out on making big life decisions for a while. But just recently, they made the decision to purchase a new house…right next door to their current house. Now this may seem a little strange, but the house is not actually for them. They bought the house so that Jayden would have a place to live, and possibly Nayvin when he’s older. “It’s a bit of a fixer-upper,” Tammy admits, “but I think it’ll be a good family bonding project.” 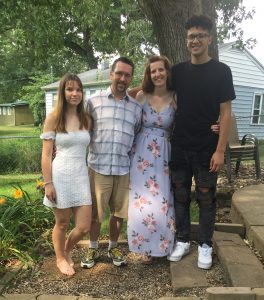 We asked Todd and Tammy if they had any advice to parents who might be interested in adopting. The advice sounds simple, but can sometimes be hard to do right when you’re in the thick of it all: “Stick with the child even in the hardest of days, because sometimes they are struggling with the idea of just being accepted and loved.”

The hardest days are the ones when the child needs you to be committed the most, to show him or her that you’re not giving up, looking for a new home for them, or putting them out on the street. You’re committed to them, come what may. And if you can demonstrate that commitment with consistency and compassion, then you may just find yourself forming a little family unit with fewer hard days and more stamina to get through the ones that remain.