Adoption from an Only Child’s Point of View

If you’re already an adoptive parent, you know the impact that adoption has on children in foster care. If you haven’t adopted yet but you have biological kids, you might have some questions about how adoption will affect them. Should you worry about birth order? What if you only have one child – will they resent giving up their only child status? What if adopting ends up being hard on them in ways you can’t prepare them for? How much of a “say” should you give your biological children in your decision to foster or adopt? 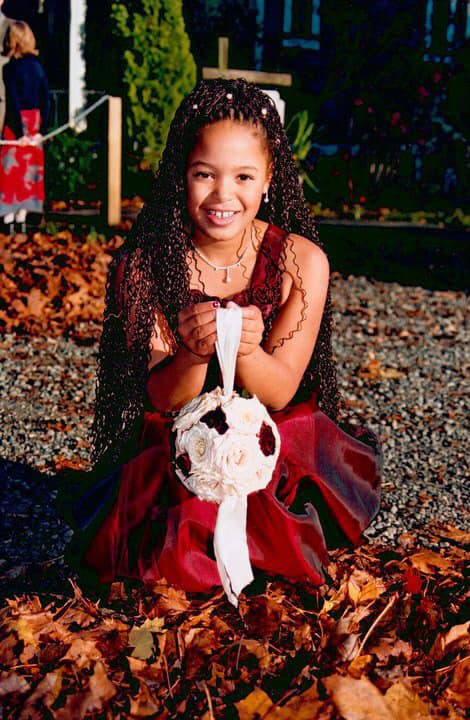 These are all legitimate questions; spend any time on the internet, and you’ll find all sorts of answers and do’s and don’ts on the subject! We’re big fans of doing your research before jumping into fostering and adopting – but we decided to forgo the internet this time and just ask a “bio kid” how she handled it when her family suddenly became lots bigger!

Vanessa was an only child growing up. She was accustomed to having all of her parents’ attention, and she liked being an only child. After all, she didn’t know anything else, so how could she say whether it would be better to be one of many kids?

And then, when Vanessa was 14, her parents made the decision to become foster parents, and eventually adoptive parents. If you’re thinking, “Whoa! That’s a lot at 14!”…you’re right. It is a big shift for a family. But Susan and Brent, Vanessa’s mother and stepfather, knew that they didn’t want fostering to negatively impact their relationship with their daughter. They put in hours of research – HOURS, they’ll tell you – trying to find the “best way” to have that conversation with their teenager. Armed with all the right talking points, Vanessa’s parents sat her down.

“Great!” interrupted Vanessa. “Let’s do this!”

(If you’re thinking, “There’s no way that’s how the conversation went,” we understand. Trust us, we were skeptical too…but fact-checking confirms that Vanessa was pretty game to try out being one of many instead of one of one.) 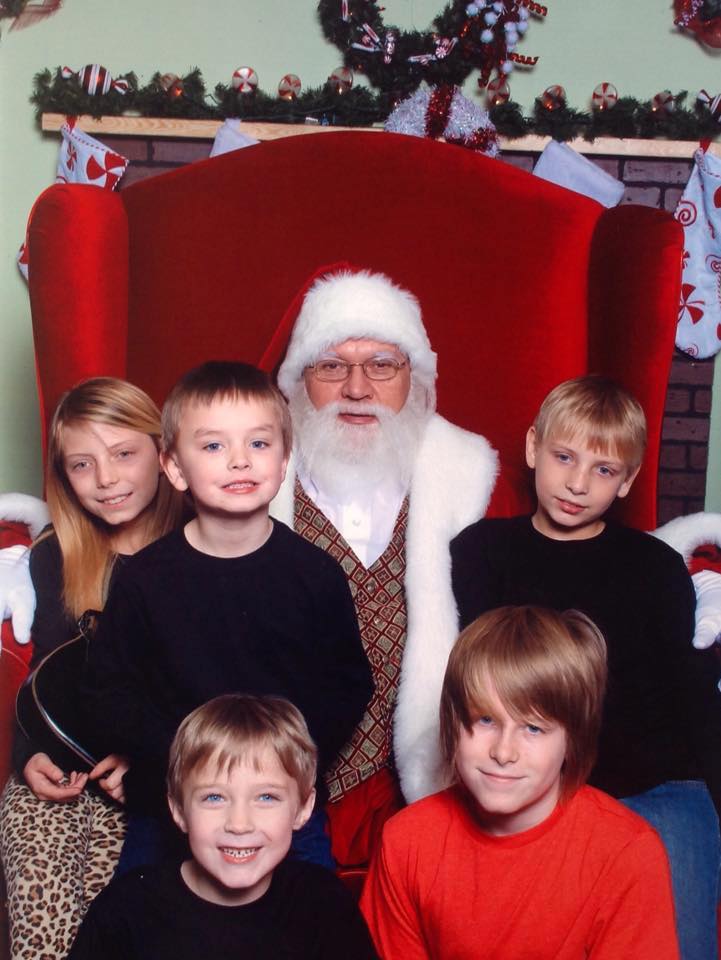 Susan and Brent took the time to educate Vanessa about what they were learning in their trainings, especially related to the impact of trauma on behavior. Being included helped Vanessa feel prepared when the first foster placement arrived. She knew that her foster sibling’s behaviors might be coming from a place of fear and trauma, and she worked hard at being understanding.

Still, even with the preparation and positive attitude, it was an adjustment, and sometimes felt odd to have siblings after so many years without. There were times when Vanessa missed being one of one, and it took some time to get used to sharing her space and her stuff. She had some typical questions that she had to work through with her parents. Things like:

1. Are there going to be babies and toddlers in my house all the time?

Even 14-year-old girls who love babysitting and dream of being moms one day may not want to be surrounded by babies and toddlers all the time! Susan quickly answered that one – she remembers how much she didn’t really enjoy late-night feedings, lugging around a diaper bag, and all the crying (!!)…so she had specifically asked to foster older children and teens. There’s a significant need for foster and adoptive parents for teens, and Susan and Brent preferred that (much to Vanessa’s relief). Although…they did have a fair number of infants and toddlers, because you can never predict the shape your foster family will take! 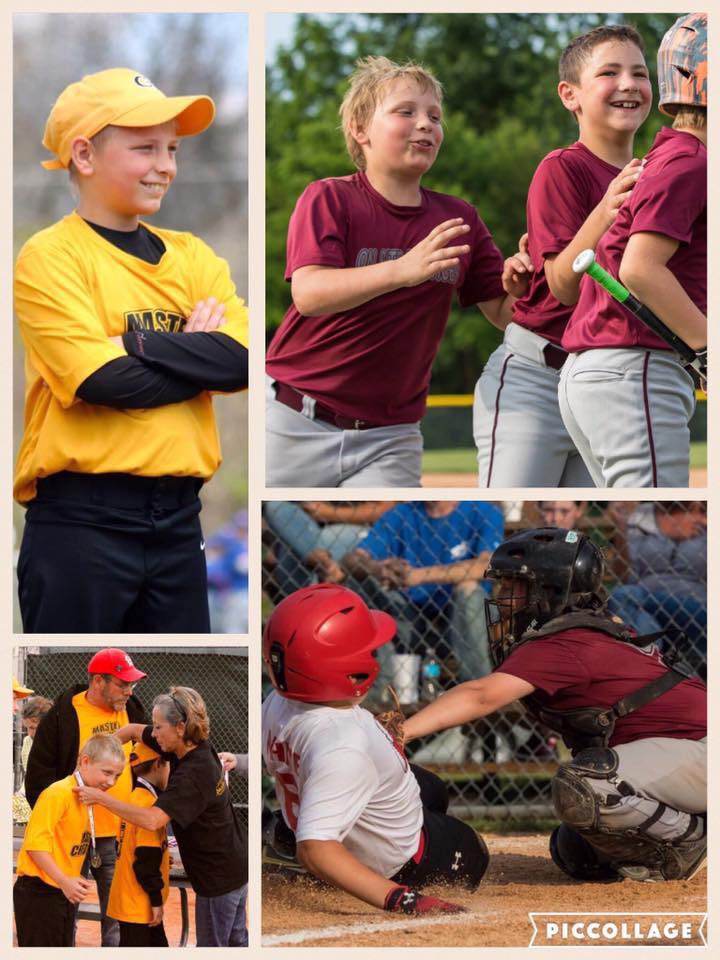 2. What if I start to really feel like they’re my brothers and sisters, and then they leave?

This is the biological child’s version of the age-old worry that foster parents have: “What if it breaks my heart when they leave?” It’s an understandable concern, and one that Vanessa’s parents tackled head-on. Their attitude, and what they reinforced to Vanessa: it’s all in how you view your role in the child’s life. “I didn’t really see it as a bad thing when kids left,” Vanessa says, “because I was happy for them to be reunited with their families.” Because Vanessa’s parents emphasized that being reunited with family was greater than the sadness and heartache they might feel, their positive naturally extended to Vanessa as well.

Vanessa admits that she worried about connecting with her foster and adopted siblings – especially since they had such different life experiences. Sometimes it just takes a little more effort to find a point of connection, in spite of the differences. 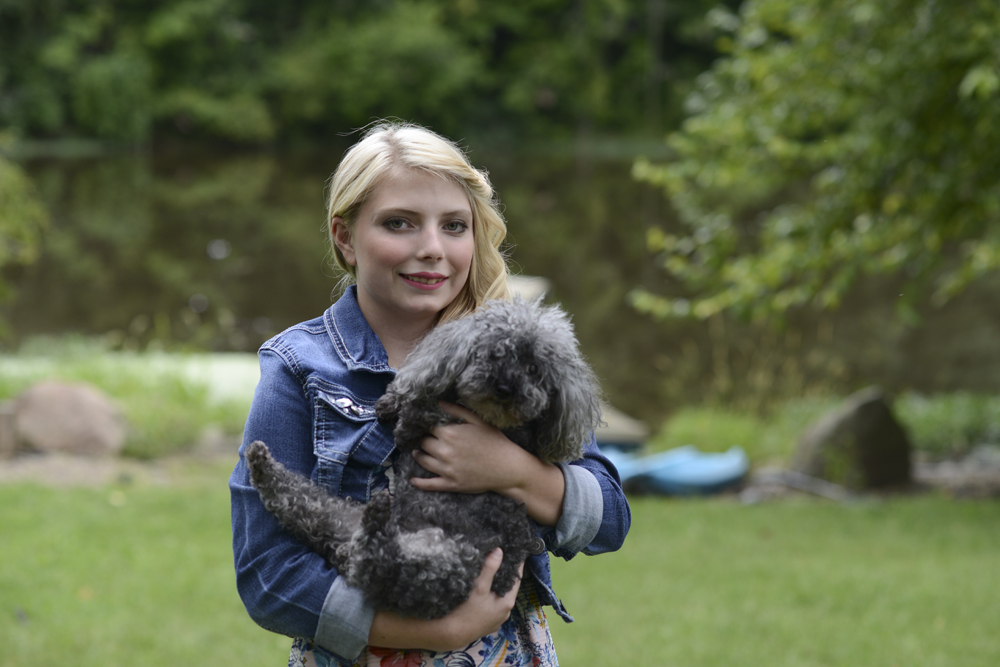 Take Vanessa and Desi, for example. Desi is about 10 years younger than Vanessa, and is non-verbal. When she first came to live with Susan and Brent, the two girls struggled to find an activity that connected them. The family therapist recommended manicures and pedicures – an activity that Vanessa and her mom already enjoyed doing together on a regular basis. A local salon owner taught them some nail routines they could do at home.

Vanessa started giving Desi manicures, which became a special sister activity that they shared, just the two of them. Desi’s nails looked pretty haphazard at the beginning (and the kitchen table may have gotten some unexpected manicure love too!). But, Vanessa discovered how much she enjoyed expressing herself through bold, colorful, and creative designs. And as she and Desi spent more time together, this became a way for them to connect and communicate Desi’s personality. Susan and Brent adopted Desi in 2011, and Vanessa and Desi still get together for sister-nail time.

As a bio kid, Vanessa had some questions about how her family would change when Susan and Brent began fostering. But, she’s also very clear – there were some things she never worried about. Things like: 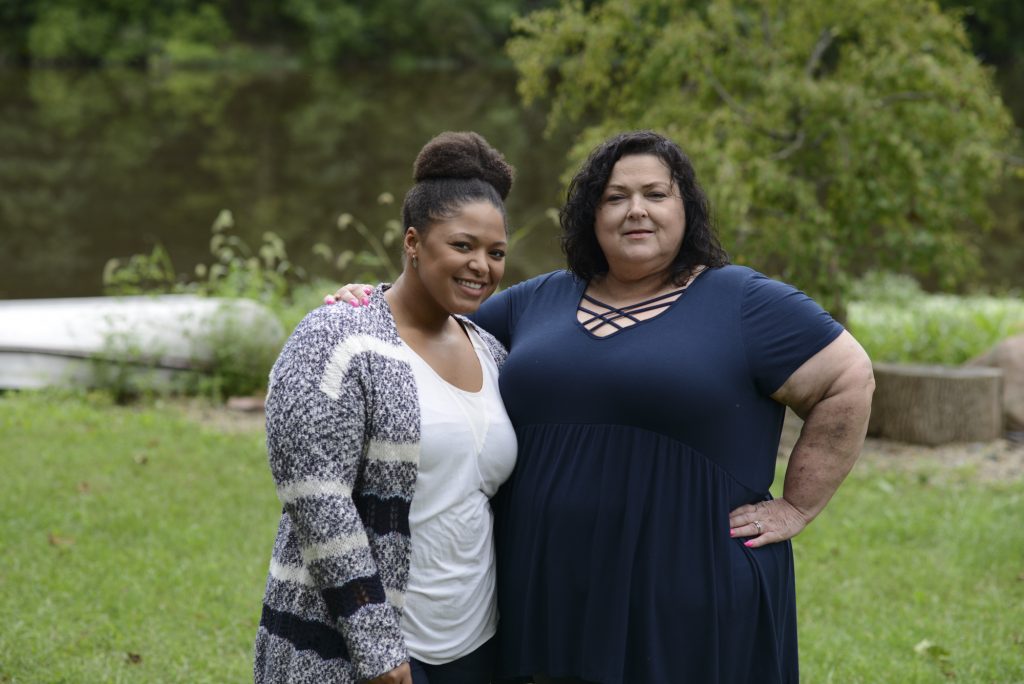 1. Will I get less one-on-one time with mom? Will they steal my dad’s attention?

If this is something you’re worried about – let us help put your mind at ease! Chances are, your kids know how much you love them and depending on their age, they may not be worried at all about getting less one-on-one time with you. (Sorry!) They might be more excited at the thought of getting more one-on-one time with their Xbox.

Yes, siblings – foster, adopted, or biological – will take some of a parent’s attention. That’s the nature of family! But it’s not about “stealing” – it’s about learning to share. Because that’s also the nature of family. Often, foster and adopted children haven’t had the chance to experience healthy attention from adults – and your biological child may be old enough to understand that, and want to share that with them. 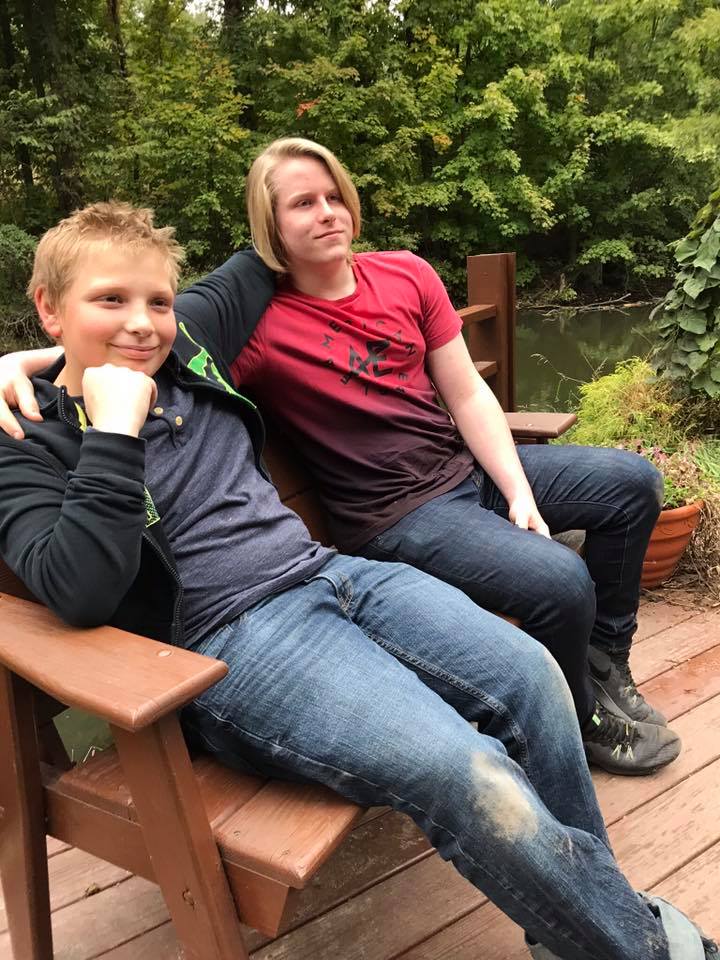 2. Do my parents still love me?

Adoption brings with it a lot of changes for any family. But what won’t change is how much you love your biological children…and they know that.  Like Vanessa, most bio kids are not questioning your love for them. It’s more likely that they’ll be wondering about things like, “Do I have to share a bedroom?” or “Am I going to have to let someone else pick the movie for our Family Movie Night?” These questions may seem minor to you, but for your bio kids, they’re not minor at all. Take the time to hear their questions, and then figure out a “road map” together for how things will work in your family.

3. Is my birth order going to change?

Birth order gets a lot of attention in adoption – should you adopt older youth if that means that your biological child will no longer be “the oldest”? What about adopting children who are the same age as your biological child – is that a recipe for guaranteed sibling rivalry? So many worries about birth order – but most of those are not concerns that biological children have (unless maybe they’ve read your parenting books!).

But, try to put yourself in your bio kid’s shoes. If their birth order changes (and it might), it’s important to be open and talk about the concerns that they do have. Vanessa recalls one of her “small” concerns was about bedtime and curfew. If her parents fostered or adopted a teen older than her, would they have a later bedtime and curfew? Be upfront about how the rules will be different, and also how they’ll be the same. This is the same type of approach a parent might take if they have multiple biological children — the older children may have different responsibilities and rules. But the overall “family rules” — treat each other with respect, try to make good choices, take care of yourself and others, forgive lots — are the same for all kids (and even the parents!). 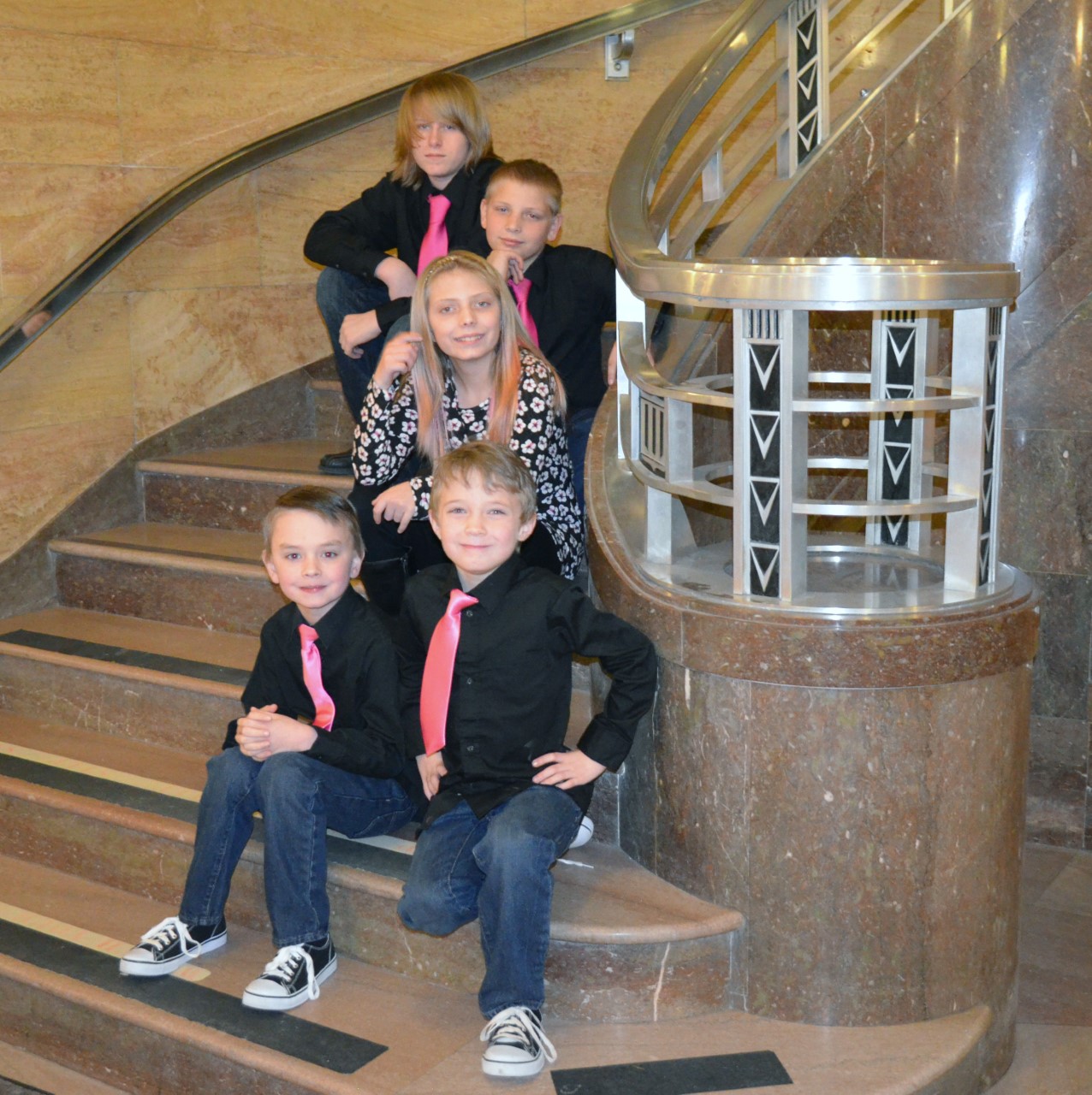 In all, Susan and Brent fostered nearly 50 children, and adopted 5 of them. The first 4 adoptions were finalized in 2011, when Vanessa was just finishing high school. The fifth child’s adoption was finalized in 2016 – on Vanessa’s birthday, no less!

3 of the kids – Darrell, Desi, and Dakota – are biological siblings that Vanessa’s parents adopted together, in order to keep them together. The youngest is now 11; the oldest (not including Vanessa) is 18.

Vanessa became an Adoption Champion for Indiana Adoption Program while she was in graduate school. After she took a full-time position with us as our recruitment coordinator, her mom Susan stepped into the role, and is now the Adoption Champion for Region 6, which includes Logansport, Kokomo, Peru, Huntington, and Wabash.