Adoption from the Rearview Mirror: A Family Reflects, 10 Years Later 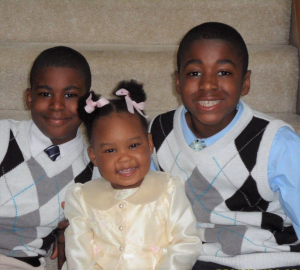 We first introduced our readers to Deborah and Joel Summers 5 years ago, in 2015, back when we shared family stories in the printed picture book instead of a blog. The Summers told us then about how they initially thought they wanted to adopt a child under 4 – but kept coming back to the profiles for two brothers, neither of whom was under 4. Feeling as though there was just something about these two boys, who were 7 and 10 at the time, Joel and Deborah took the leap and met the boys. The rest, as they say, is history.

When we talked with Joel and Deborah the first time, they shared with us how they took an “all-in” approach to parenting. Some of that is just because that’s their philosophy of life – if you’re going to do it, do it all the way, with all your heart. But, some of the “all-in”-ness was out of necessity: “We were all-in from the moment we met [our boys]. We were learning them and they were learning us. We had to learn real quick,” laughs Joel. It’s been 10 years since the boys’ adoptions were finalized, and the family doesn’t think much about labels like “adopted” or “biological.” They’re just family – one that’s doing a lot of living and laughing (and yes, still learning) along the way. 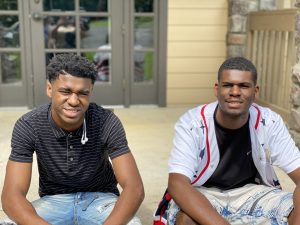 Deborah and Joel’s oldest son Darias was adopted at age 10; today, at 20, he’s graduated from high school and started his career with UPS. Dyrus, who was 7 when he was adopted, is nearing 18 and looking forward to graduating from high school in the Spring. He’s been learning the art of juggling multiple responsibilities by going to school and working part-time to save up money for graduation. Lailah, the youngest in the family, was only 18 months old when she was adopted – and that’s a whole other story, how the family’s case manager approach them at the courthouse, on the boys’ adoption day to ask if they’d be interested in taking a little girl! Now 11, Lailah is still a bundle of energy, and keeps the family on their toes.

Although adoption is mostly in the rearview mirror for the Summers, we sat down with the family again, on the 10 year anniversary of their first adoptions, to find out how they’ve been doing. Joel and Deborah are the first to admit that not everything was perfect (and it’s not perfect now), but they haven’t veered from their philosophy of parenting with everything they’ve got. They also know that it’s easy for foster and adoptive parents to get discouraged, and to feel worn out, so we asked their advice for how they’ve managed to stay “all-in” over the years.

Before Joel and Deborah took in any children from foster care, they were required to complete 16 hours of Resource and Adoptive Parent Training. For Deborah and Joel, this training was invaluable: “The training really helped prepare us. Without it we may have been discouraged [by some of the challenges].” Each child is different and they are going test you in unique ways. Some will say things to try to shock you, while others may test boundaries again and again. One thing the Summers learned was how to be “firm but loving” – something all children need, but is critically important for those with trauma histories. The Summers continued their training after becoming foster parents, and even after adopting – because parenting children who have experienced trauma can require a very strategic approach. Joel and Deborah encourage prospective foster and adoptive parents to take advantage of as much training as possible (something we’ve heard from other adoptive parents), even when you think you’re a “seasoned pro” at this parenting thing.

Although Deborah and Joel were well trained before getting their first foster placement, there’s no replacement for “on-the-job training” when it comes to raising children with difficult backgrounds. Deborah and Joel laugh, “You have to appear confident, but there was a lot we didn’t know.” They equate foster parenting to starting a new job: there’s lots of Googling and calling case managers to ask questions. From bedtimes to lunch money, play dates and pick up lines (carpool, that is!), it was all about being adaptable to a new routine and learning “on the fly.” It’s okay to not know everything right away – especially if you’ve never been a parent before!

Still, Joel remembers that they still had to tailor their parenting for each child. Just because Darias and Dyrus are brothers doesn’t mean they’re the same. “We couldn’t just go through the motions,” Joel recalls. “You have to be genuine and consider what each child needs.” For example, they focused a lot of energy on academics for Darias, to help him catch up on what he had missed while in foster care. Dyrus, on the other hand, was a more natural student, but he needed additional emotional support. And after adding Lailah to the family, they spent time helping each child adapt to the new structure of their family.

As many foster and adoptive parents can tell you, therapy, one-on-one time, and a disciplined routine are vital for children who have experienced trauma. The healing process can greatly vary from child to child, so it’s important to have patience and accept each child where they are at that time. That doesn’t mean you don’t also encourage them to set goals and aim for continued growth and maturity. But sometimes, you shoot for the stars, and are happy if you land on the clouds.

For the Summers, they realized that the most important thing was to make sure that each of their children knew that they were deeply and completely loved, just as they are. The kids needed to feel safe and secure in their family first – and then they could focus on other goals.

Children who are adopted from foster care often need lots of one-on-one attention, especially as they adjust to a new environment. This can be challenging, especially if you adopt more than one child. That’s why Deborah and Joel made a point to spend time with each child individually. “We would have to rotate who we spent time with, so they could each get one-on-one time,” explains Deborah. Whether it was a car ride to the store or a trip to Chicago, the Summers always found ways to make special time for each of their kids. This individual attention strengthened the bond between parent and child, and also allowed for some fun and lasting memories to be created! Small things like inside jokes and new family traditions – like matching Christmas pajamas! – have given them the ability to grow together.

The Summers have no regrets about choosing to create their family through adoption, or about not going the under-4 route that they initially planned. “I’m so glad we didn’t get what we wanted when we wanted it, because the boys prepared us to be ready for [it],” says Deborah. “We were 40 when we became parents, and I’m so glad we didn’t start from zero.” Joel chimes in: “Don’t underestimate the fact that an older child can do things for themselves! You can communicate with them!” Saying what perhaps many parents of older children would echo, Deborah laughs: “There are definite advantages—you don’t have to worry about changing the diapers!” Even with some of the challenges they faced, the Summers recommend that families really consider adopting older children from foster care, instead of dismissing the idea out of hand.

That’s a sentiment that Darias and Dyrus definitely echo. They’d spent years in foster care before being adopted by Deborah and Joel, and opening their hearts to being loved unconditionally by the Summers was risky. They’re glad they were willing to take the risk – even though it meant leaving their hometown – and both boys say they don’t know where they’d be if they hadn’t been adopted. To teens who are wondering whether being adopted really matters, the boys are emphatic: “It’s better to be adopted, because you have people to support you and people to always count on.”