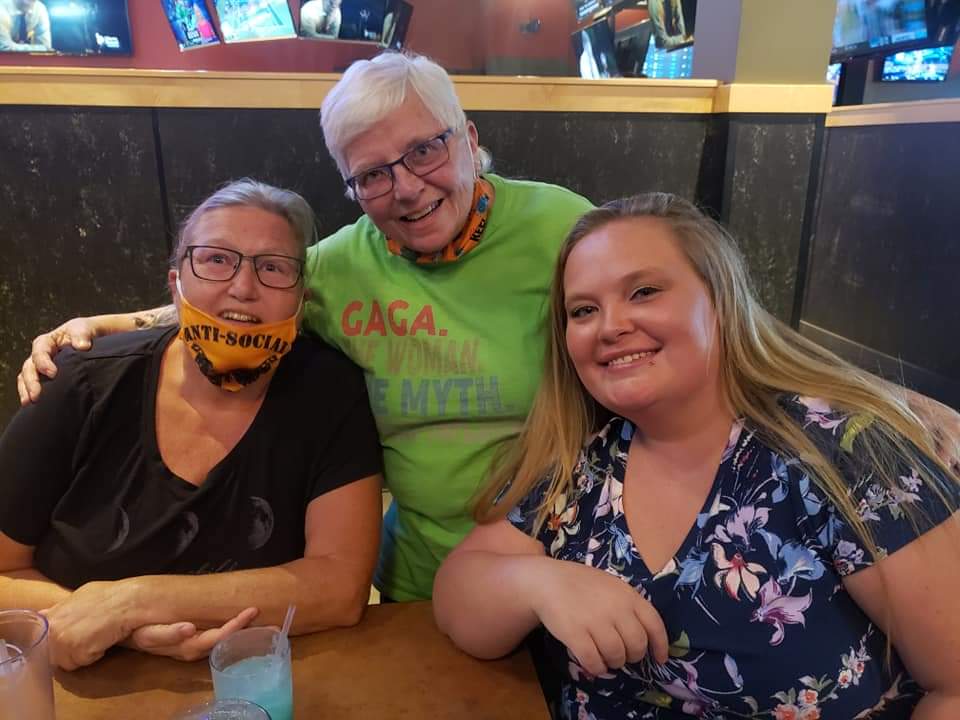 Ann and Rhande may have been the most-well-prepared foster parents who weren’t foster parents.  Rhande ran a group home for teen girls, and then they both worked for SAFY training and licensing foster parents. Ann worked at DCS as a pre- and post-adoption specialist, and later a foster care consultant while Rhande continued her work in the field. The challenges facing foster children weren’t new to them. Trauma-informed care wasn’t new to them. And if anyone could be considered “ready” to be a foster or adoptive family, Ann and Rhande fit the bill.

Given that their professional lives were already consumed with helping children and families with trauma histories, why would Rhande or Ann want to become foster parents? It seems like a lot to take on, right? But Ann says it was exactly that involvement that made fostering a natural choice for them. Armed with their professional experience and supplemental training, Ann and Rhande were probably more ready than the rest of us, and in 2002, became foster parents to a 9-year-old girl named Heather. After about a year and a half, the plan changed, and Rhande and Ann decided to adopt. Not only was this their first adoption – it was the first adoption by a same-sex couple in Delaware County!

Ann and Rhande had a lot of experience and training. They felt as trauma-informed as you could possibly be. But that didn’t necessarily make being Heather’s adoptive moms easy. One of the things they experienced early on was triangulation – a big word for what is basically playing one person in a relationship against another in order to manipulate a situation. Triangulation is often discussed in research about children of divorce, but it is just as common in children with other trauma histories. Children like Heather try to create this triangle to determine which parent they can trust, or to form an alliance or power shift (the “it’s us against the world” mentality). And as any parent knows, children are very adept at finding the “cracks” in a parent’s armor, and then trying to use that to their advantage. Sometimes children will try different approaches to see what sticks. One of Heather’s methods was to compare Ann and Rhande to her birth mother, whom she held on a pedestal, often reminding them that “you’re not my real moms.” If that didn’t work, she would switch to comparing them to her birth father, saying things like “living with you is no better than living with my abusive father.” 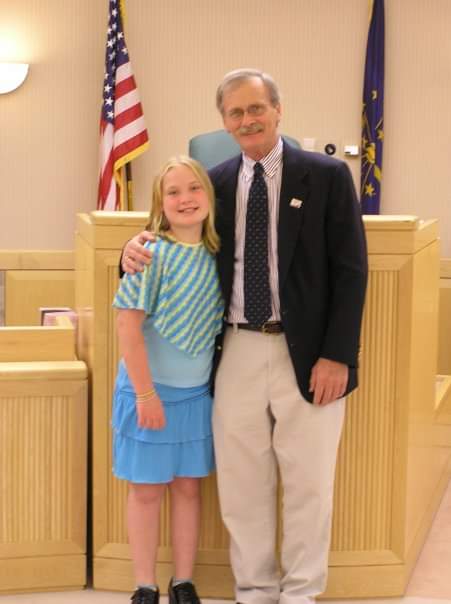 Uncle Gary (Ann’s brother) and Heather on her adoption day

Ann and Rhande echo what many parents figure out pretty early on – you have to pick your battles, and you don’t have to attend every argument you’re invited to. Children with trauma histories may want to make everything a fight – it’s what they’ve experienced, or they’re so entirely untrusting of adults that it’s almost instinctual.  But as a parent, if you show up to every argument, you’re likely to spend all your time arguing, and be exhausted at the end of it.  Ann and Rhande chose not to engage in battles over little things, like when Heather would do her chores poorly to see if she could get a rise out of either parent. Another battle they chose not to fight was with Heather swearing at them. Ann recalls how much this surprised and dismayed some of their friends. The response was usually something like, “We would never let our children be so disrespectful!” An understandable reaction, but as Ann and Rhande knew, their friends’ children were different. Their friends’ children had not experienced what Heather had in their first 10 years of life; their friends’ children had different neurological responses to stress and chaos. Inappropriate language may be a fight worth showing up to in those families – but not in Ann and Rhande’s at the time.

One thing Ann and Rhande knew from their professional experience is that families will often just “wait and wait and wait until things are so bad” – and in the process, they end up isolating themselves from their support network. Rhande and Ann relied on their informal supports – friends and family who helped keep things in perspective. If you haven’t tried a Friday night meal at a local Chinese restaurant with other foster and adoptive parents, Rhande and Ann highly recommend it! “It’s always helpful just to talk to other people who are experiencing the same thing.” They also took advantage of respite, because “sometimes, you just need a break. That’s what respite is there for.” 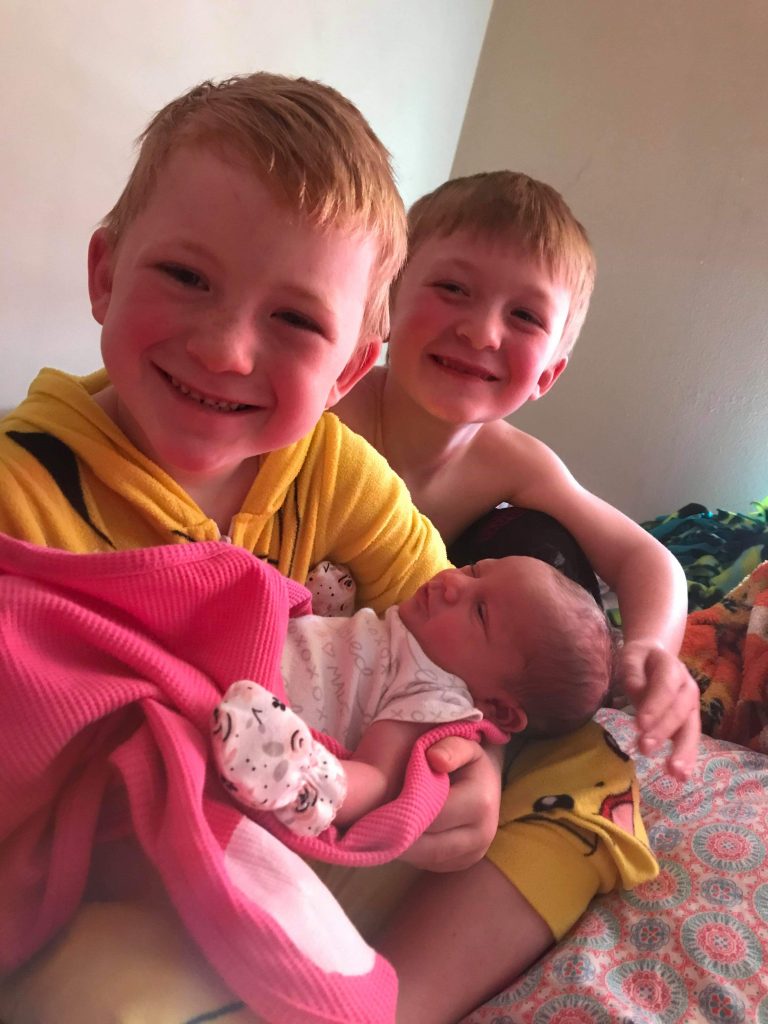 There came a time, though, when Rhande and Ann knew they needed to persistently seek out additional help.  One of Heather’s major struggles was with emotional regulation, so Ann and Rhande attended one of Juli Alvarado’s Emotional Regulatory Healing retreats to learn how to help Heather maintain emotional balance during times of significant stress. Going into the retreat, Ann and Rhande thought that what they would get out of it would be primarily for Heather’s benefit. What they learned, though, was as much about their parenting as it was about Heather’s healing.  Alvarado stresses that “regulation is relationship-dependent;” as Heather’s parents, Ann and Rhande would need to be sure they were emotionally regulated before they could help Heather. Another key thing they learned: Heather may not be able to make the type of changes needed. “If we wanted our family to have any harmony at all, we would have to be the ones to change. So we did our best to do that.”

Ann and Rhande became “sponges,” absorbing all they could about trauma-informed parenting. They kept attending trainings, even ones they’d been through before, because there’s always something new to learn about parenting children with trauma histories. In addition to Juli Alvarado’s ERH training, they discovered the work of Bruce Perry, a child psychiatrist who wrote The Boy Who Was Raised as a Dog.  Rhande and Ann’s parenting model shifted as they understood just how deeply rooted in grief Heather’s actions were. Just as importantly, Ann notes, is that ongoing training can help you recognize where your own history is impacting your parenting.  Ordinarily pretty laid-back and easygoing, Ann recalls feeling herself becoming more rigid – like her own mother – when she became a foster parent. It took conscientious, consistent effort to resist the rigidity that so often added to the stress at home. It also required Ann and Rhande to be intentional about finding ways to work with Heather that didn’t include the ordinary consequences/rewards approach to behavior. (They note that trainings by Heather Forbes, who wrote Beyond Consequences, Logic and Control, were very helpful in this regard.) 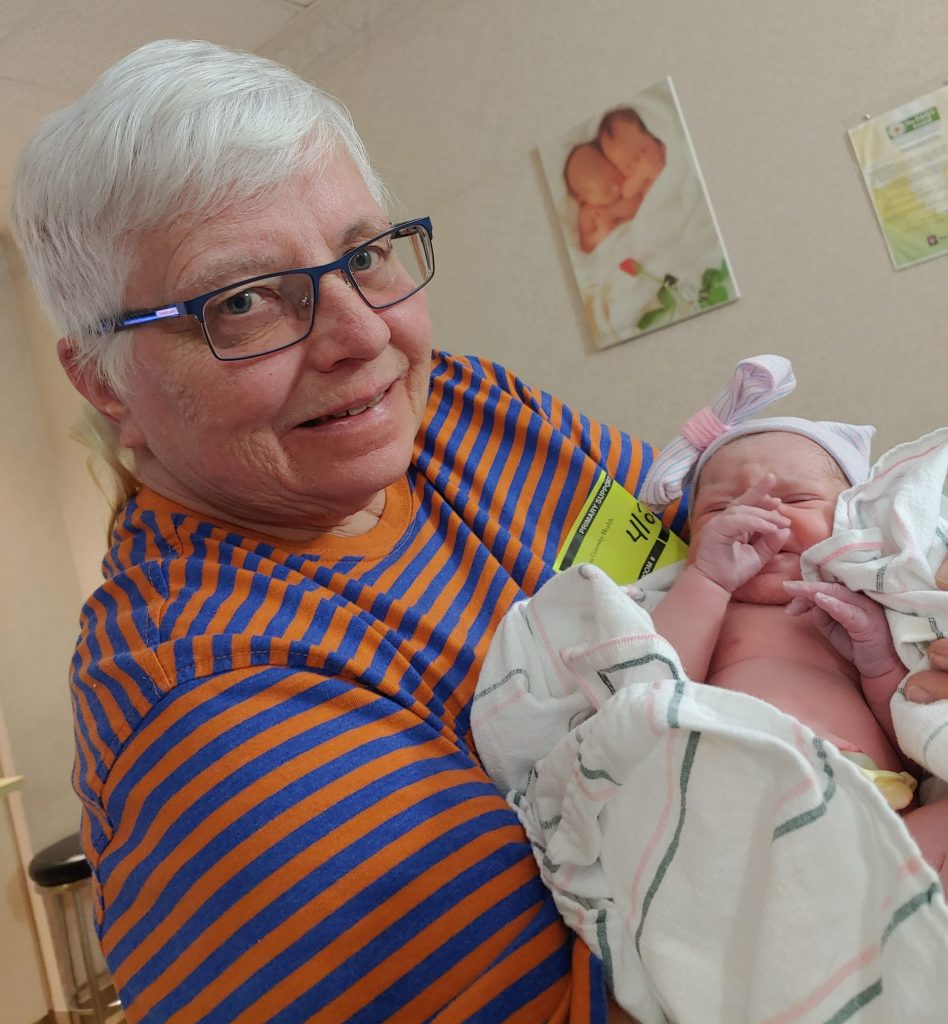 Only partially joking, Ann sums up adoptive parenting life like this: Adopting is like getting a tattoo. It’s forever. There may be times when you don’t like it or question your decision, but sometimes it just takes looking at it in a different light to get some perspective. And, like tattoos, once you’ve done it once, it doesn’t seem so daunting the second time around.

Postscript: Certainly not as daunted the second time around, Rhande and Ann adopted another foster child, Megan, when she was 16. In many ways, Megan was as different from Heather as could be. She didn’t express her anger as aggressively but was sneakier – rather than yelling, she might opt to lie instead. Rhande and Ann’s lived experience gave them the insight to know that Megan’s actions were rooted in the same type of grief and loss as Heather’s, even though the outward manifestation was different. Today, both girls are in their late 20s, Ann and Rhande have four beautiful grandchildren to dote on, and neither of them would change this “so hard, but so worth it” parenting journey they embarked on nearly two decades ago.